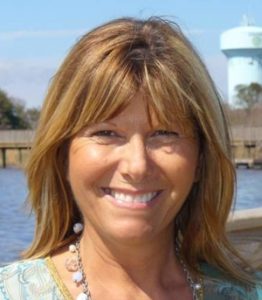 Col. Donna Kimberly Dougherty, USAF (Ret.) died April 15, 2021 of natural causes while under the care of Hospice and her family at her home in Kill Devil Hills, NC. Donna (Kim) was a proud patriot, serving her country honorably in the United States Air Force for over 25 years.

Col. Dougherty was born on September 27, 1957 in Dunn, NC to William and Helen Barbour. In 1980, she joined the U.S. Air Force after graduating from East Carolina University.

Her military and educational accomplishments are extensive and impressive, to say the least. Among her many undertakings, she served as the Deputy Chief of the U.S. House of Representatives Air Force Liaison Office; Principal Deputy Assistant to the Chairman of the Joint Chiefs of Staff; Vice President of National Security at the U.S. Chamber of Commerce; Mobilization Assistant to the Deputy Assistant Secretary of the Air Force; graduated from the National War College in Washington, D.C. and the FBI National Academy in Quantico, VA. Despite her heady assignments in and around the D.C. area, her most satisfying assignment was as Commander of the 916th Security Forces at Seymour Johnson Air Force Base in her hometown of Goldsboro, NC.

She received many accolades during her tenure with the U.S. Air Force including but not limited to: the Defense Superior Service Medal, Air Force Commendation Medal with 1 OLC, Air Force Achievement Medal, Meritorious Service Medal with 2 OLCs, and her personal favorite – the Small Arms Expert Marksmanship Ribbon/Pistol.

Kim wasn’t only a career woman. She was a thoughtful and loving mother who strongly believed that life was meant to be lived. Her love of travel, photography, people, animals and Disney radiated with every ounce of her being. Kim never met a stranger, often making life-long friends simply by striking up a conversation. Her deep laugh, corny jokes, travel stories, and unconditional love is already terribly missed. We find comfort in imagining Kim sailing the world on a cruise ship, making new friends and exploring new places, waiting to get to dry land to call and tell us all about it.

Although her life was cut too short, Kim lived more in her 63 years than most could dream of. We truly believe that is all she would have wanted, outside of having a Disney Theme Park named after her.

She is survived by her parents, William and Helen Barbour; her son Brett; daughters Diane and Hunter; her brother Ken and her sister Christy; and her husband Steven. She is preceded in death by her late husband Lt. Col William Bryant Dougherty, with whom we know she will be in good hands.

The family has honored her directives for cremation.  Her urn will be interred with full military honors at Arlington National Cemetery, specific details to come. In lieu of flowers, the family requests donations in Kim’s honor to your local SPCA, as animals held a special place in her heart.

Expressions of sympathy may be expressed via the online register at www.gallopfuneralservices.com.  Gallop Funeral Services, Inc. was entrusted with arrangements.

WANCHESE — Barbara Jean Sanders Tillett, 88, of Wanchese, NC passed away Sunday, May 2, 2021. She was a faithful servant of the Lord.  She loved her church, her family, and her friends. Barbara was a hard worker in her church wherever she was needed. She worked diligently in the children’s department at Bethany United [...] Obituaries |  Full Article

December 6, 1939 – April 27, 2021 OCRACOKE — William Daniel “Bill” Gaskill, Sr. passed away April 27, 2021 at his home on Ocracoke. Ever the optimist, he fought his battle with Merkel Cell Carcinoma with a positive attitude and a desire to beat it. He was blessed to have so many family members and [...] Obituaries |  Full Article

Donald Eugene Gustafson, 72, of 803 Bermuda Bay Blvd., Kill Devil Hills, NC departed this earthly world for his heavenly home on April 24th, 2021. He died at The Outer Banks Hospital in Nags Head, North Carolina. He was born on August 25,1948 in Galesburg, Illinois to Harriett Gustafson. He grew up in Knoxville, Illinois [...] Obituaries |  Full Article

July 17, 1958 – April 21, 2021 KILL DEVIL HILLS — Bonni Henderson transitioned to her next adventure on April 21, 2021. A juxtaposition of eternal pragmatist and creative soul, Bonni left a loving imprint on lives of all she came into contact with. Bonni was born in Elizabeth City, North Carolina on July 17, [...] Obituaries |  Full Article

Col. Donna Kimberly Dougherty, USAF (Ret.) died April 15, 2021 of natural causes while under the care of Hospice and her family at her home in Kill Devil Hills, NC. Donna (Kim) was a proud patriot, serving her country honorably in the United States Air Force for over 25 years. Col. Dougherty was born on September [...] Obituaries |  Full Article

Chris Duvall of Kill Devil Hills, NC passed away April 20, 2021. He was 61 years old. Chris was born a proud native of the Outer Banks, and his roots ran deep as an eighth- generation Outer Banker. Chris graduated from Manteo High school and like so many, had too much sand in his shoes, [...] Obituaries |  Full Article