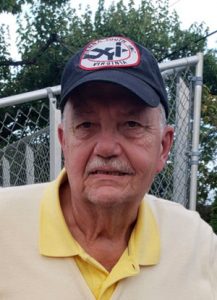 James Andrew Dixon, of Kitty Hawk, NC passed away Wednesday, December 9, 2020 in his home after a long battle with ALS.  Jim was born in Washington, DC and retired from L.F. Jennings construction company in 2007.  He and his wife Barbara retired to Kitty Hawk, NC.

Jim was a past president and member of the Outer Banks Anglers club. When he was able, he loved spending time on the water enjoying some good fishing.  His interests included woodworking and if you were lucky enough to know him you probably were given a wooden token of some sort.  What gave him the most joy……his grandchildren and great grandchildren.

A memorial service is planned for the future and will be announced when finalized. In lieu of flowers the family gratefully suggests that memorial donations be forwarded to Jim Catfish Hunter ALS Foundation PO Box 47 Hertford, NC 27944.