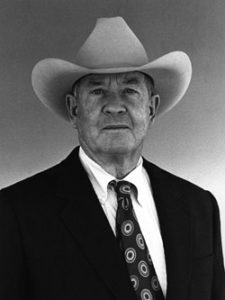 Born in Winston-Salem, North Carolina, J.K. attended Summit School before heading to Woodberry Forest School in Virginia and college at the University of North Carolina in Chapel Hill. In 1955 J.K. began his career selling whole leaf tobacco on the open tobacco market, and then entered the investment field in the 1960s, advancing as vice president of Harris, Upham & Co. and then serving as president of First Securities of North Carolina. In the 1970s he worked as an oil consultant before becoming president of Galaxy Oil Co. in Wichita Falls, Texas. While in Texas J.K., who enjoyed wearing cowboy boots regularly, bought a small boot-making business, Dixon Boots, eventually leaving the oil company. Returning to North Carolina, J.K. combined his love of the West and good food and entered the restaurant business, most notably in 1984 as founder of JK’s Restaurant in Kill Devil Hills.

A longtime member of Rancheros Vistadores and the Charlie Russell Riders Foundation, J.K. was his happiest in the saddle, in the company of friends, with a little whiskey and a cigar. His love for western art led to his involvement with the National Cowboy & Western Heritage Museum in Oklahoma City where he served on the Board of Directors from 2001-2018,  and became an emeritus member.

For nearly 40 years, the Norfleets divided their time between North Carolina and Arizona where J.K. nurtured his love of Quarter horses, sharing with their family the desert mountains of the southwest that he loved so much. J.K. also instilled a joy of cooking and respect for a meal that was well-thought-out as a way of showing care for people.

A family gathering will be planned later this year. Memorial gifts may be made to: National Cowboy & Western Heritage Museum, Attn: Michael Myers, 1700 NE 63rd Street, Oklahoma City, OK, 73111, or to your favorite charity.