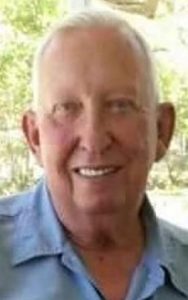 Lindsey Baugham Howard, age 79, of Elizabeth City, NC died Thursday, June 24, 2021, at his residence. Born in Wilmington, DE on March 16, 1942, to the late Lindsey Taft Howard and Elizabeth Gaskins Howard, he was the widower of Ann Esham Howard. Mr. Howard served his country honorably in the U. S. Air Force and was a General Foreman for USCG Civil Service. He was a member of Mt. Herman United Methodist Church and Ocracoke United Methodist Church. Lindsey was a Mason and a member of the V. F. W. in Edenton.

A memorial service will be held at a later date. In lieu of flowers, memorial donations may be made to Albemarle Hospice, 1507 N. Road St., #2, Elizabeth City, NC 27909. Twiford Memorial Chapel, 405 E. Church St., Elizabeth City, NC is assisting the Howard family. You may express condolences to the family by visiting www.TwifordFH.com.

To plant a tree in memory of Mr. Howard, please visit https://www.twifordfh.com/send-flowers/.