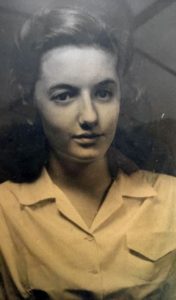 FRISCO — Nell Crostic Fariss, 90, passed peacefully into the loving arms of her Heavenly Father on Monday, December 30, 2019, after a brief period of declining health. She was a native of Colonial Heights, VA and had resided full-time the past several months at the home of her son and daughter-in-law in Frisco, NC on Hatteras Island.

Miss Nell was an accountant by trade and a manager in the H&R Block system for several years in Colonial Heights. She held dear her role as on-call “mom” and confidante to three generations of neighborhood children in Colonial Heights and her adopted second home of Hatteras Island. She was a dignified Virginia lady with a lyrical southside Virginia drawl. Miss Nell was a fantastic cook, especially with seafood. She had a deep appreciation for the working watermen of Hatteras Island and its heritage and culture.

Nell was the daughter of Emmett Blinco Crostic and Emily Birdsong Crostic of Chesterfield, VA.

A service is planned for a later date in Virginia. In lieu of flowers, the family asks donations be made in memory of Nell Fariss to the Cape Hatteras United Methodist Men’s emergency assistance program and food pantry, payable to CHUMM, PO Box 1591, Buxton NC 27920.