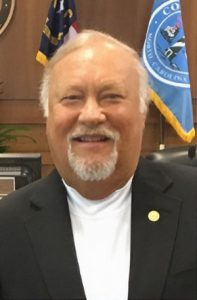 Born April 3, 1953, and raised in Camp Lejeune, Jacksonville, NC, he was the son of the late Joyce Ann Froberg and Raymond P. Sturza.

Ray achieved a Bachelor of Arts in Political Science from the University of North Carolina at Wilmington, and a Master’s of Science in Planning/Public Administration from East Carolina University.

He began his career serving the public in 1980 as Washington County’s Planning Director, where he oversaw development of its Land Use Plan.

In September 1982, Ray began working for Kill Devil Hills as the Town Planner, and was promoted to the Town’s first Planning Director in 1985.

Under his guidance the Town of Kill Devil Hills earned many accomplishments including a Coastal and Estuarine Water Beach Access Award from the Office of Coastal Management, overseeing the development of the KDH Public Beach Access House, what is now the Ocean Bay Regional Bathhouse, and an award to the town of a coastal and estuarine water beach access grant through the NC Coastal Management Program.

He contributed to the “Cities on the Beach” conference on the Management of Developed Coastal Barriers, sponsored by the Land and Water Policy Center of the University of Massachusetts. Ray also completed State of North Carolina training in the proper administration of the minor development permit program under the Coastal Area Management Act.

In 1987, he began his service in the Dare County Planning Department as the Planner until he was promoted to the County’s Planning Director in 1990. He retired in October 2010, serving as a consultant in later years.

After being elected as Mayor Pro Tem, Ray was appointed to fill an unexpired term as Mayor of Kill Devil Hills on January 16, 2007. He went on to serve two additional terms as mayor ending December 2011.

In 1993, Ray received the Order of the Long Leaf Pine, North Carolina’s highest civilian honor. He also received the Department of the Army’s Commander’s Award for Public Service in 2001.

Ray is survived by his uncle, Bill Froberg; and cousin, Lyda Stanzione.

A Mass of the Resurrection will be celebrated at 11:00 am on Tuesday, December 3, 2019, at Holy Redeemer by the Sea Catholic Church in Kitty Hawk by Father John Hanley, osfs.

In lieu of flowers, memorial donations may be made to the Wounded Warrior Project, PO Box 758516, Topeka, KS 66675 or online at www.woundedwarriorproject.org.