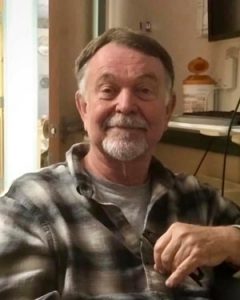 Renaissance Man. A Force of Nature. A Tremendous Friend. Part Pirate. These are all words that have been used to describe my father, Robert Henry Roderer – affectionately known to most as “Roder.”

His magnetic charisma and passion for life was undeniable and impossible to ignore. His talent and ability to learn anything was remarkable. A self-taught chef with no formal training, specializing in French and low-country cuisine, his food could be put up against the very best.  Never one to sit still, during lockdown he reignited his love for making art and metalsmithing, creating beautiful cuffs, rings, and earrings.

Loyal to a fault and full of empathy, he served as a mentor to countless young people and employees over the years. He had the gift of creating deep, personal connections that lasted a lifetime, and over the years he has built a network of motley characters to prove it. He had the gift of seeing and cultivating the potential in everyone. He loved sharing his colorful stories, and when he told them, everyone listened. Whether he was speaking of his hippie days in San Francisco during the 70s, growing up as a Catholic schoolboy taught by nuns, or chasing bluefish in the good old days of the Outer Banks, his passion for life shined through.

An accomplished waterman, Roder was the first mate on the Gypsy Angler out of Oregon Inlet for many years and also obtained his captain’s license. He enjoyed tying his own flies and found solace on the water.

He and his wife Robin opened and ran Jockey’s Ribs Restaurant in 1985. Every night you could find Roder behind the line, making sure every dish that went out of his kitchen was perfect. His restaurant soon became a favorite gathering place, with people lined up outside of the building before service every night. Jockey’s Ribs felt like home to all who worked there and anyone who was a regular was part of the family.

In 2009, Roder set his sights on a small historic post office building in Beaufort, South Carolina. Together he and Robin renovated the old building, preserving all of the original structure they could to open The Foolish Frog, a charming and lively establishment with delicious food, drinks, local art, and the ever-popular jazz night.

Born and raised in Dayton, Ohio, Roder was the son of the late Robert and Mary. He is survived by me (Sharon Roderer) nephews Luke, Kent, Russell, and Rob, niece Christen, and many dear friends.  He is preceded in death by his beloved wife Robin, and I take comfort in knowing they are reunited once again.

To plant a tree in memory of Robert or send flowers to the family, please visit www.TwifordFH.com/send-flowers.

12/21/1947 – 10/8/2021 KILL DEVIL HILLS — Judith “Judy” Lee Garber passed away on October 8th at her home in Kill Devil Hills on the Outer Banks of North Carolina. A loving mother, grandmother, wife & daughter, she was predeceased by her parents Robert Lee Edwards and Madge Julia Edwards (Everett) and her brother, James [...] Obituaries |  Full Article

KILL DEVIL HILLS — Geoffrey W. Minter died in Nags Head on October 6, 2021.  He was 73.  Jeff was originally from Camden, NJ, and lived at the beach since 1995.  After many years of employment with the Town of Nags Head, Jeff was happy exploring yard sales and fishing with friends off Avalon Pier. [...] Obituaries |  Full Article

KILL DEVIL HILLS — Robert “Bob” Owen Batten, 62, of Kill Devil Hills, NC, passed away on September 30, 2021. Bob was born on November 10, 1958, in Parkersburg, WV to parents Frederic Samuel Batten and Patricia Ann Batten, both deceased. He moved his family to the Outer Banks in the early ’90s, where they found [...] Obituaries |  Full Article

It is with great sadness that the family of Joni Love Newman announces her sudden passing. Joni was a free spirit, always dancing to the beat of her own drum. She loved horses, collecting sea glass, and spending as much time at the beach as she could. A beloved mother, sister, and friend, she left [...] Obituaries |  Full Article

Warren B. Davis, stubborn enough to reach 100, finally ran out of kidney power and died at home on October 2, 2021. He is predeceased by the love of his life, his wife of 47 years, Mary Jane Davis, and is survived by his four children, Janet Partin, Connie Davis Young, Beth Eddy, and Jim [...] Obituaries |  Full Article

Raydean Sue Wallace, 68, died suddenly October 1, 2021, at her home in Manteo, NC. “Sue” as she was best known, was employed with Dare County for many years. Survivors include her mother Louise Wescott also of Manteo, Sue’s brother, Barry Wallace, and her father, Ray Wallace. Sue’s request for cremation will be honored and [...] Obituaries |  Full Article