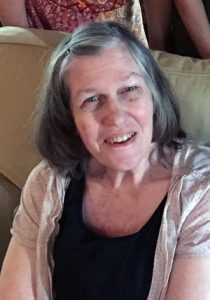 RALEIGH AND MANTEO — Susan Mary Kestly Nemetz (Sue), age 78, of Raleigh and Manteo, NC passed away peacefully on September 22, 2021. She was a dedicated wife to her husband of 55 years, David Lee Nemetz, and wonderful mother to her six children, Natalie (Todd) Mastro, Leslie (Jonathan) Reed, Eric (Rebecca) Nemetz, Miriam (Joseph) Waters, David (Jamie) Nemetz, and Heather (Tate) Edwards. She is also survived by her twelve grandchildren, Gabriele (Sean) Dailey, Luke (f. Bryanna) Mastro, Trevor Mastro; Adam, Daniel, Zachary, and William Reed; Ian Waters; Audralyn and Isaac Nemetz; and Luella Edwards and her baby brother, who is on the way. She is also survived by her brother, Daniel (Marlene) Kestly. She was preceded in death by her parents, Ralph and Virginia Gorman Kestly, and her eldest daughter, Laurette Nemetz.

Sue attended the University of Florida, where she majored in Biology and Chemistry, with a special interest in embryology, and where she met her husband. She received her degree from University of Alabama Huntsville, and later received a Master’s degree in Urban Planning from Alabama A&M. She briefly taught public school before becoming a mother, but she was always a teacher, and her children were her classroom.  She championed many causes, working for the advancement of Civil Rights as a college student, and later served as a member of the Nature Conservatory, spending many years “fighting city hall” to prevent the construction of an interstate which would have displaced people from their homes. She was a devoted Catholic and was heavily involved in her church in many areas, but most notably serving those in need. She managed the food pantry and Christmas gifts for children. She was so devoted to these causes that she often single-handedly stocked the pantry when donations were low and purchased gifts for any children left on the list when the donation deadline approached. One memorable year, there remained a long list of “unadopted” children for whom she bought and wrapped all gift requests, with the help of her own children.  After missing the deadline to turn in gifts, she obtained the addresses of the recipients and spent the day driving around town with her kids in tow, hand-delivering all the gifts.

Based on both her knowledge of science and her strong Catholic faith, the cause she was most devoted to was advocating for the lives of the unborn, serving many years with Birthchoice, and both the Right to Life Committee and Project Rachel at St. Raphael Catholic Church. She provided compassionate counseling for women and teens facing difficult choices, as well as resources and education on the many options available. She will now be able to continue her mission by comforting the unborn in heaven.

Sue was once described by a friend as “a tenacious seeker of the truth,” to which anyone who knew her well could attest. Other passions included cooking, a love of the beach, ocean, sunshine, and musicals. These interests were passed down to all her children who can confirm the fact that if you are not leading your life as a musical, you are really missing out.

Sue was pretty, intelligent, strong, relentless, and fearless. She overcame childhood poverty. She raised six wild kids. An April Fool’s baby, she has been playing the straight man to her jokester husband and children for many years. She raised her children to be independent, moral, and health-conscious.  She was sure to provide a homemade from scratch dinner for the family every night.  As a lover of the water, it was important to her that all her children were capable swimmers from a very young age.  She was a beloved member of the Lakepark Swim Club, serving as the swim team’s scorekeeper for as long as her kids competed on the team. A skilled seamstress, she sewed her own wedding gown and tailored it for her daughter’s wedding 30 years later.  She also sewed her own Mother of the Bride dress and many other clothes and blankets for her children and grandchildren.  Genealogy was her favorite hobby.  She researched for many years (before the internet existed) to trace both her and her husband’s family tree.  The result was a hand-drawn poster of a pie chart and maps of both Europe and the United States with color-coded countries, states, and boats depicting her children’s ancestors’ immigration from their European countries to the United States.  Later, she worked to trace the ancestors of her children’s spouses so she could provide similar pie charts to her grandchildren.

She bravely faced lymphoma and breast cancer in recent years. She spoke with God, out loud, daily, and had no fear of anything. Except for roaches, which would cause her to leave the premises for the remainder of the day.

Nothing made Mom happier than seeing her family together, usually cooking together and trying to out-humor each other. We are pretty sure she had the last laugh.  We miss you tremendously, Mom. We’ll miss your Grammammy Special, Grandpa Ralph’s spaghetti, split pea soup, malted milkshakes, rice, and jambalaya.

A graveside funeral service will be held at 11:00 am on Tuesday, September 28, 2021, at Manteo Cemetery. The family will receive friends and relatives for a viewing and visitation Monday evening from 7:00 pm until 9:00 pm at Twiford Colony Chapel.

In lieu of flowers, the family requests memorial donations to Birthchoice at 2304 Wesvill Court Suite 340, Raleigh, NC 27607 or https://app.etapestry.com/onlineforms/Birthchoice/donorgift.html.

The Family wishes to extend our sincere thanks to the entire staff of UNC Rex Hospital for their excellent care and compassion, especially the NSICU staff and Chaplains Patrick and Diane. We also thank her Oncologist, Dr. Mark Yoffe for his many years of care and friendship.  Go Gators! We would also like to thank the Town of Manteo and Twiford Funeral Homes for their tremendous support and assistance.

“Well, here at last dear friends, on the shores of the Sea, comes the end of our fellowship…Go in peace! I will not say: do not weep; for not all tears are an evil.” – Gandalf, Return of the King, JRR Tolkien.

“I have fought the good fight, I have finished the race, I have kept the faith.”  2 Timothy 4:7