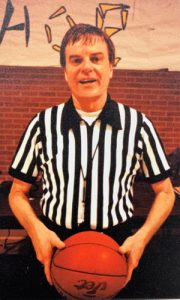 MANTEO — On Sunday, May 29, 2022, Thomas Cooper McKimmey III, of Manteo, passed at his home. Tom Mac as he was known by most everyone, lost his long battle with cancer.  His suffering is no more, and he has reached the end of the game on earth. Our savior provided the sound that he knew well and blew the whistle for him to come home.

Son of the late Thomas Cooper McKimmey II (Daddy Tommy) and Katherine Walker McKimmey (Nanaw), he was born in Elizabeth City on November 26, 1937. He is proceeded in death by his parents and his brother Wilse Walker McKimmey. He is survived by two sons Shawn McKimmey of Rocky Mount and Michael Eric McKimmey of Kill Devil Hills.

A 1957 graduate of Elizabeth City High School, he then went on to Oak Ridge Military Academy. Upon graduation from Oak Ridge in 1959, he enlisted in the United States Air Force. He was stationed in many locations around the world (Thule Greenland, Sidi Slimane Morocco, and Offutt Air Base in Nebraska [home of then Strategic Air Command]). At Offutt, he met retired General Jimmy Doolittle. They spoke of his mother (Katherine) working on the B25’s at Consolidated Aircraft in Elizabeth City, as 16 of those planes were modified for the raid on Tokyo in Elizabeth City NC. Tom Mac said it was a fun conversation, as he himself remembers the 16 B25’s lined up on the runway as they left to fly to Charleston SC, to train for low flights over the water.

It was during his time in the Air Force, that he began refereeing intramural sports while stationed in Sidi Slimane Morocco. His first sports were softball and basketball. When he got out of the Air Force in 1965, he began officiating full time. He became fluent in baseball (his best sport), basketball, softball, football, and volleyball. He continued officiating football and baseball until the mid-2000’s. He continued softball and volleyball for a few more years.

He worked in a mall until his then wife Sharon got out of the military in 1966. They then moved to Elizabeth City NC. Once in Elizabeth City, he worked a short time in insurance. One day he was asked by Mr. Webster, did he know anything about sports and broadcasting. He told Mr. Webster he did not. Mr. Webster hired him anyway and put him to work with the now late Jim Wood’s at WGAI.

He worked there until 1970, when Jim Wood’s (who had moved onto ECU sports network) asked him to come to work as his color analyst for ECU football with help from Jerry and Mike McGee. Tom Mac and Jim Woods called the infamous game between ECU and Marshall, prior to the ill-fated flight that claimed most of the Marshall football team and coaching staff. He stayed on the ECU radio network until 1973.

He had become a sport booking agent (assigning officials to games) in 1978. His business grew to the point that he was booking officials for (baseball, softball, football, basketball, volleyball, and soccer) in 17 counties. He employed hundreds of officials over the years, until his retirement in 2013.

During his Air Force career, he received USAF Good Conduct Citation, National Defense Citation, Presidential Unit Citation, Cold War Victory Citation, Overseas Service Citation and while at Offutt Air Force Base he was part of the VIP Crew for flights (high ranking members of the military and or VIP guests to the base). He retired from the Air Force as a Staff Sergeant in the Strategic Air Command.

Tom Mac will be missed by many, but he helped innumerable people over the years. His mark on the lives of everyone who knew him, will last forever. The clock has reached 00:00 on earth……welcome to eternity in God’s glory…. there is no clock keeping time anymore.

A funeral service will be held at 12:30 pm on Friday, June 3, 2022, at Faith Baptist Church, Manteo with Pastor Heath Benfield officiating. A luncheon will be held prior to the service beginning at 11:00 am. A graveside committal with military honors will begin at 4:00 pm at the McKimmey Cemetery, Camden. The family will receive friends and relatives on Thursday from 4:00 until 7:00 pm at Twiford Colony Chapel, Manteo.

To plant a tree in memory of Tom Mac or send flowers to the family, please visit www.TwifordFH.com/send-flowers.