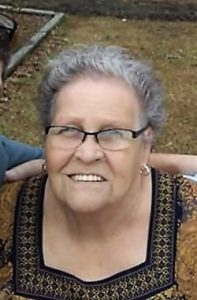 A native of Buxton, she was born September 8, 1944, to the late Sally Rainy O’Neal and Randolph G. O’Neal, Sr.

In addition to her parents, she was preceded in death by her husband, Horace W. Midgett, Jr.; a brother, David O’Neal, Sr; and a son, Leonard Earl Midgett who died at birth.

A private graveside service will be held at Manteo Cemetery.