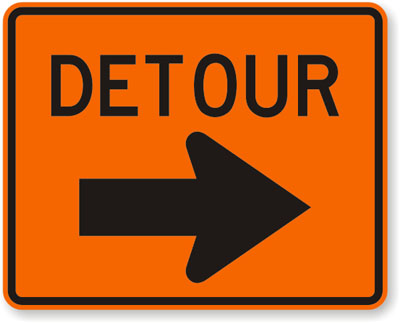 A three-prong road project starting this month at the north end of Cape Hatteras National Seashore will involve traffic rerouting and lane closures on Highway 12, but officials expect minor inconvenience to drivers.

‘There really won’t be any delays, other than they’re going to have to drive a little bit slower,” said Tim Gabriel, project manager with Lewisburg, NC contractor Team Henry Enterprises.

“We’ll try to make this as painless as possible.”

The speed limit on Old Oregon Inlet Road is 45 on the southern end and 35 on the northern part of the highway.

Once the highway is reopened, travel will be limited to one lane in sections of road between the north side of Oregon Inlet and Whalebone through the end of May, possibly longer if bad weather causes delays, said Gregory Robinson, park engineer with Cape Hatteras National Seashore.

But if the detour road washes out, he said, contractors will be able to re-open Highway 12 for emergency traffic within three hours.

The joint federal and state project includes replacement of six undersized, silt-clogged drainage culverts along NC 12;  widening of the existing 2-foot bike lane to 5 feet on each side;  repaving of the highway between Whalebone and SR 1243; repaving and widening of the 1-mile road to Bodie Island Lighthouse and resurfacing the parking lot; and replacement of the crumbling asbestos cement water line to the lighthouse site, part of which runs through wetlands,  with about 7 miles of polyethylene plastic pipe.

Representatives from the Federal Highway Administration, which is administering $3.3 million in funding for the Whalebone to SR 1243 section of the project, the National Park Service, which is providing $1.5 million for the lighthouse road work,  and the state Department of Transportation, which is overseeing the 3.5-mile southern stretch of the project, met on Jan. 21 with officials from local law enforcement agencies, the town of Nags Head and the contractors.

Costs for NCDOT’s part of the project were not immediately available.

When discussions about the project began about a year ago, Robinson said, there was talk of completely closing Highway 12 and diverting traffic for six months. But faced with “an outcry,” he said that idea was soon tossed in favor of one lane access and the limited road closure needed to install the culverts.

“The less traffic you have, the quicker the contractor can do the work,” Robinson said.

Robinson said that the project will also include better marking of three roadside bird observation areas, as well as improvements at the Whalebone Junction Visitors Center parking lot and entrance road. The center will remain open for the first month of the project, he said, and the work will likely take place for about three weeks in March and April.