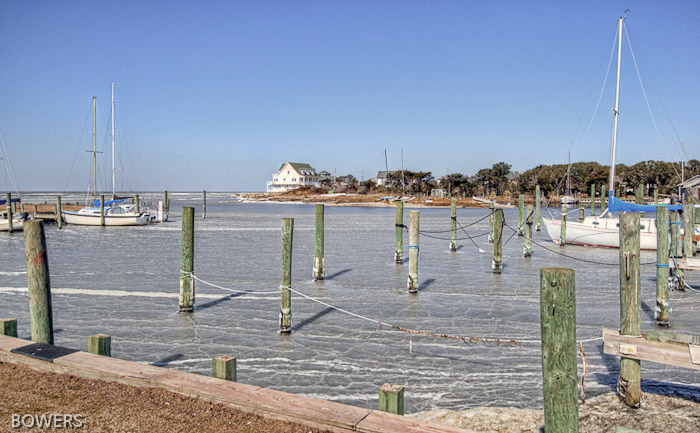 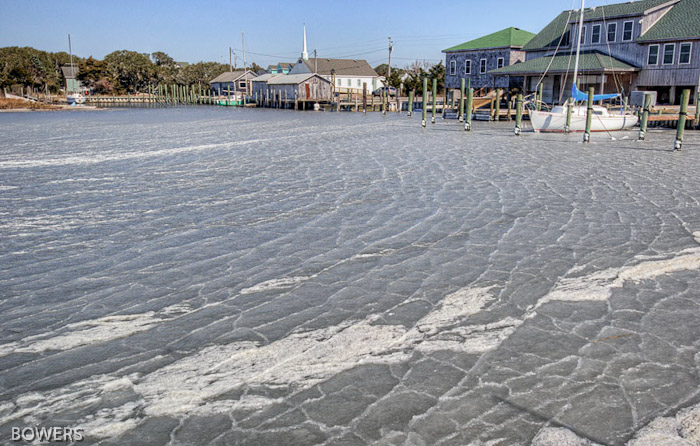 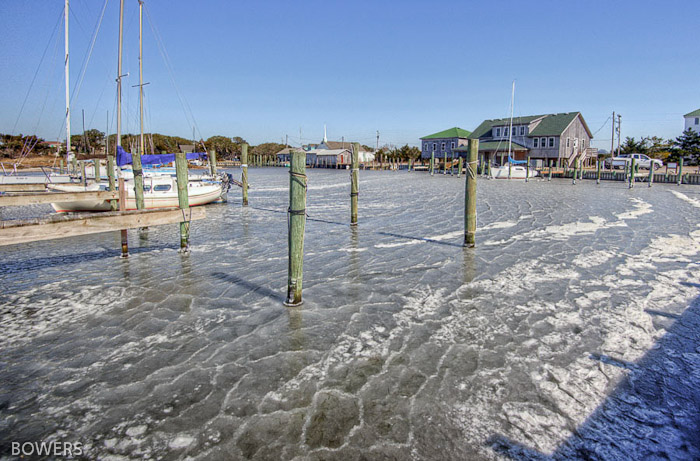 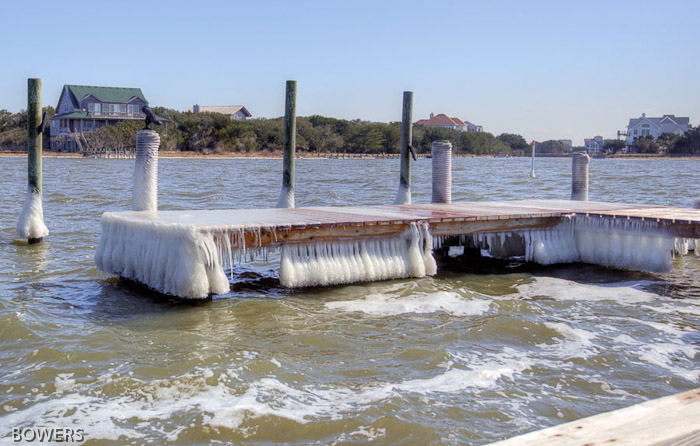 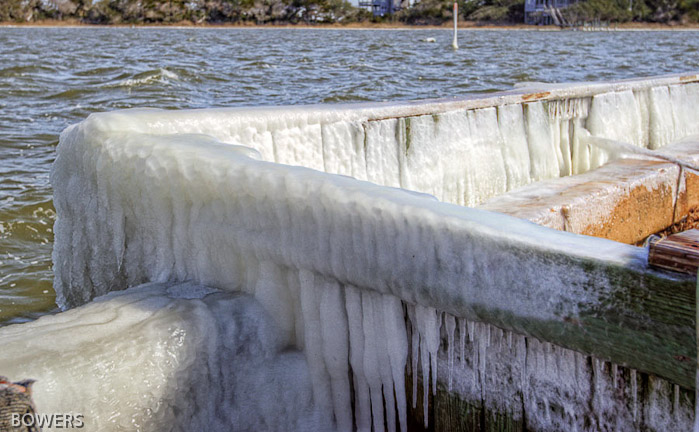 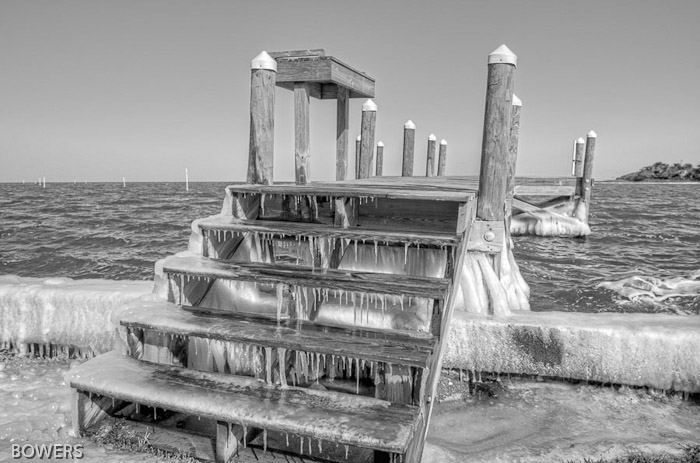 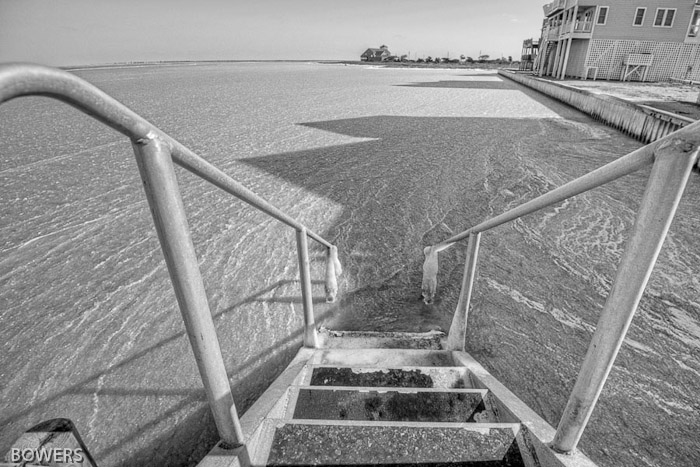 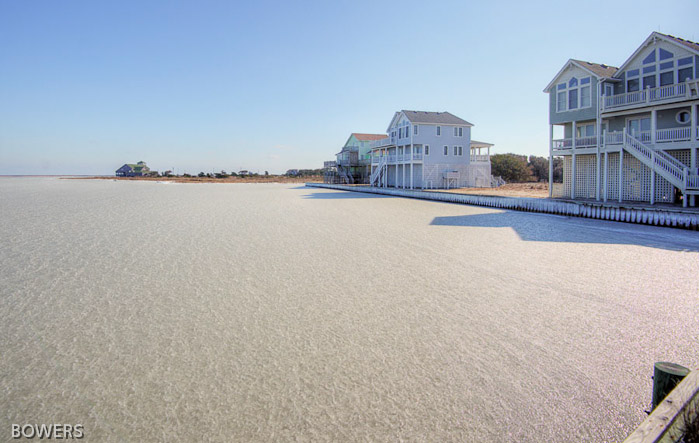 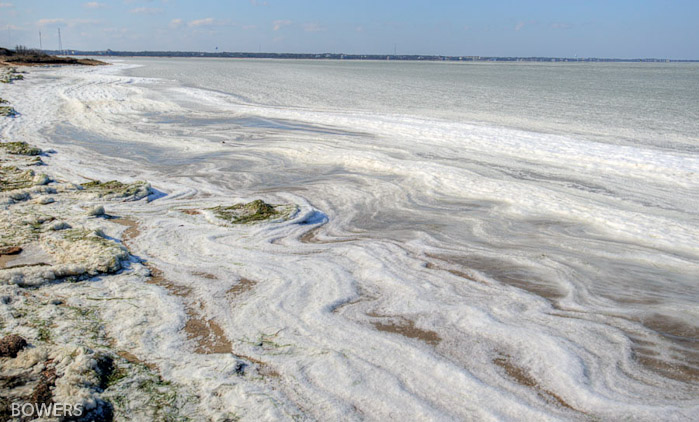 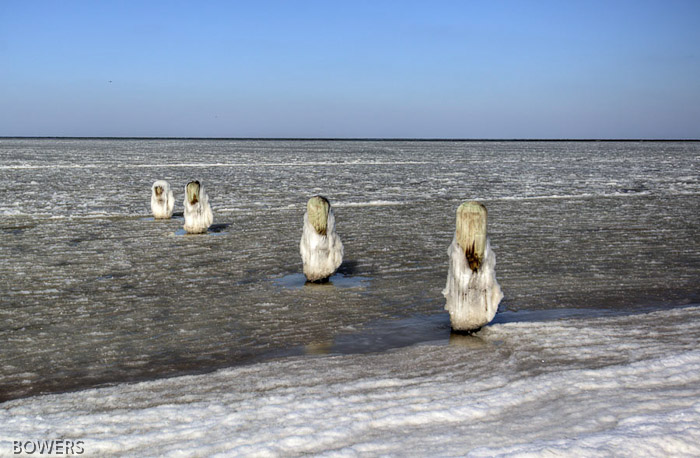 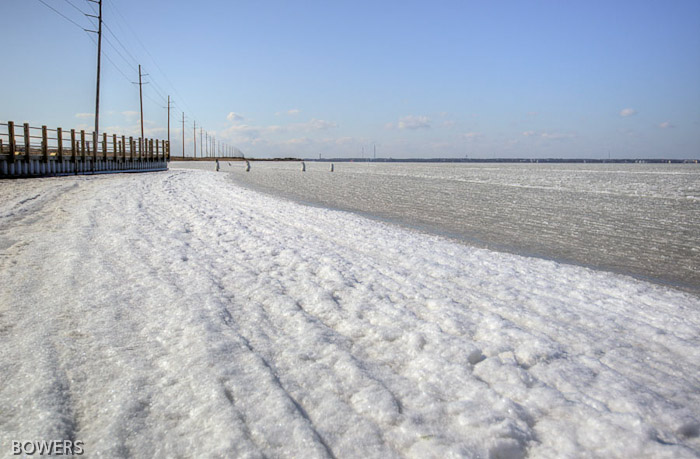 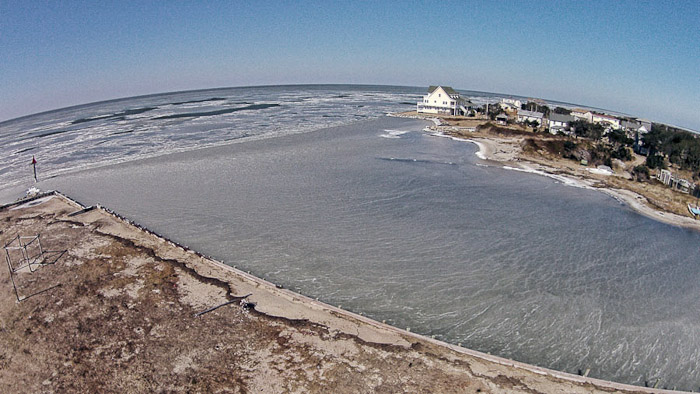 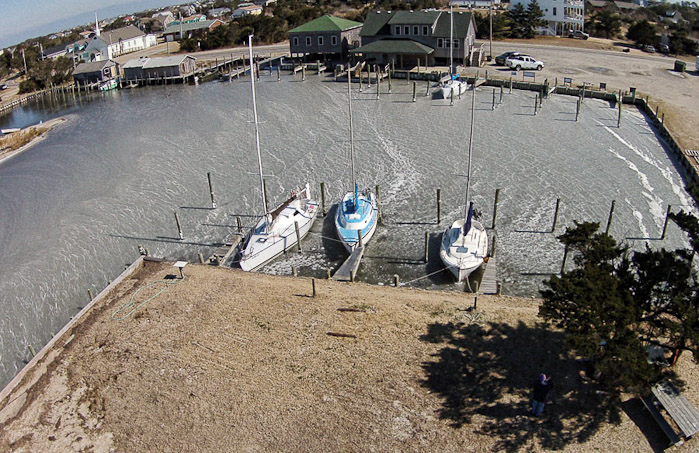 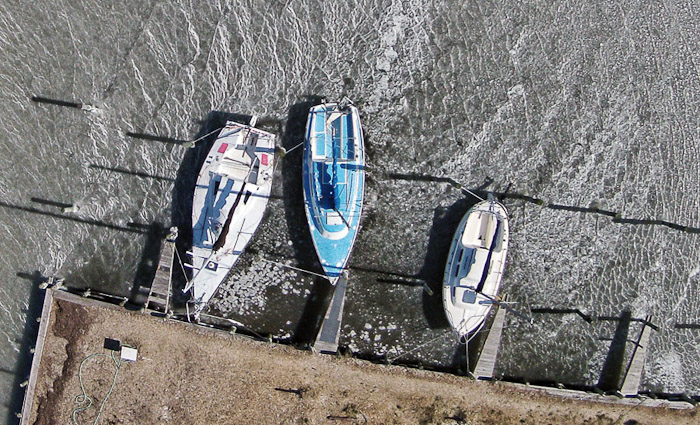 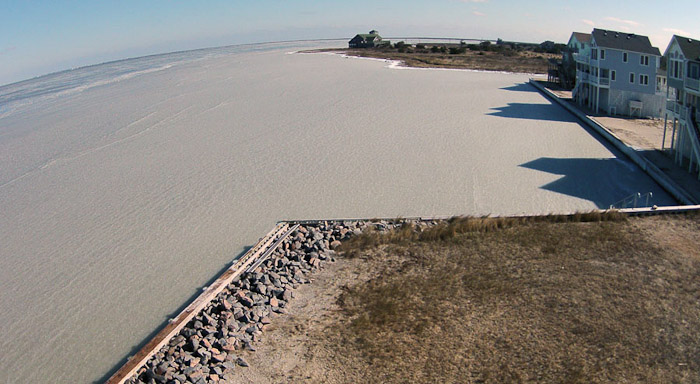 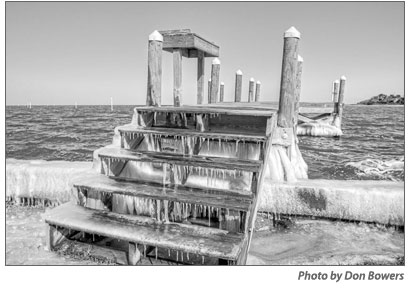 Heat pumps have been pumping non-stop on Hatteras and Ocracoke for the past few days as record-setting frigid air has poured into the southern U.S. According to the weather forecasters, this is not just your normal Arctic cold — it’s cold all the way from Siberia.

Temperatures started dropping on Hatteras and Ocracoke Wednesday night after a relatively balmy day in the upper-30s. Yesterday’s high was only in the low to mid-20s.

The 13 degrees recorded at 6:51 a.m. this morning at Billy Mitchell was seven degrees lower than the record of 21, set in 1993. Today’s afternoon temperatures are only in the low to mid-20s — sure to beat the previous record low maximum temperature for Feb. 20 of 35, set in 1958.

If you are thinking that February has been colder than it usually is on the islands, you would be correct. Today’s normal high temperature is 54, and the normal low is 40.

We aren’t likely to see temperatures return to normal for any period of time before the end of the month.

Temperatures are expected to drop rapidly into the teens this evening after sunset, then begin rising after midnight. Saturday is forecast to be in the low 50s on Hatteras and Ocracoke and in the upper 50s with rain on Sunday.

However, by next week, daily high temperatures will again fall well below normal — down to highs in the upper 30s to low 40s on Monday through Thursday.

The record-setting cold temperatures have also challenged Cape Hatteras Electric Cooperative, but have caused no problems, even though the cooperative reached an all-time high early this morning for winter power usage.

Susan Flythe, CHEC general manager, said that power usage peaked at 55.84 megawatts on the transmission line over Oregon Inlet this morning at 6:10.  The line provides power to both Hatteras and Ocracoke islands.

“We did not call for members to conserve power,” Flythe said.  Instead, she said, enabling CVR allows the cooperative to reduce the percentage of voltage by small increments, saving on CHEC’s wholesale power cost without customers noticing a difference.

CVR is also used, she said, in the summer months, when demand for power for air-conditioning peaks.

Not related to the cold weather was a small fire at 7 a.m. this morning at the diesel generating plant located in Buxton that is owned and operated by the CHEC’s wholesale power supplier, the North Carolina Electric Membership Corporation.

NCRMC said all safety controls at the plant responded as designed, immediately shutting down the plant.  There were no injuries, and there is no danger to the public as a result of the incident.

The incident did not cause any interruption in power, and the equipment will be repaired. The plant was partially restored to service shortly before 8:30 am this morning.

Buxton and Frisco volunteer fire departments responded to the fire.

Here is this afternoon’s long-range forecast from the National Weather Service in Newport, N.C.:

THIS AFTERNOON …SUNNY. HIGHS IN THE LOWER 20S…EXCEPT IN THE MID
20S SOUTH OF OREGON INLET. NORTHWEST WINDS 10 TO 15 MPH.

TONIGHT …MOSTLY CLEAR. COLD WITH LOWS AROUND 15. NORTHWEST WINDS
AROUND 10 MPH IN THE EVENING…BECOMING LIGHT AND VARIABLE.

SATURDAY NIGHT …MOSTLY CLOUDY WITH A 40 PERCENT CHANCE OF SHOWERS.
BREEZY AND NOT AS COOL WITH LOWS IN THE MID 40S…EXCEPT AROUND
50 SOUTH OF OREGON INLET. TEMPERATURE RISING INTO THE MID 50S AFTER
MIDNIGHT. SOUTH WINDS 15 TO 20 MPH WITH GUSTS UP TO 35 MPH.

SUNDAY …CLOUDY. SHOWERS LIKELY…MAINLY IN THE AFTERNOON. BREEZY
WITH HIGHS IN THE MID 50S. SOUTHWEST WINDS 15 TO 20 MPH WITH GUSTS
UP TO 30 MPH…BECOMING WEST 10 TO 15 MPH IN THE AFTERNOON. CHANCE
OF RAIN 70 PERCENT.

SUNDAY NIGHT …MOSTLY CLOUDY WITH A 50 PERCENT CHANCE OF SHOWERS.
LOWS IN THE UPPER 30S.

MONDAY …MOSTLY CLOUDY WITH A 40 PERCENT CHANCE OF RAIN SHOWERS.
HIGHS IN THE LOWER 40S.

TUESDAY …MOSTLY CLOUDY WITH A 30 PERCENT CHANCE OF RAIN SHOWERS.
HIGHS IN THE UPPER 30S.