Seventy-five years ago an Ocracoke fisherman, Stacy Howard, commissioned a master boatbuilder, Tom ‘Neal, to begin building him a fine new fishing boat. The work was finished by another island boat-builder, Homer Howard, who added a rounded cabin near the prow.

Proud of his well-designed craft–a traditional “deadriser,” Stacy Howard gave it the name of his teen-age daughter, Blanche. (He had another boat, the “Lela”, named for his older daughter.) Blanche Howard Joliff, now in her 90s, still remembers how happy she was when her father named the boat for her.

This past spring the Blanche, now belonging to the Ocracoke Preservation Society, was once more the object of much sawing and hammering, as boatbuilders and volunteers set out to restore her to her former glory. (Boats are traditionally referred to in the feminine gender.)

Craig Wright, a boatbuilder at the North Carolina Maritime Museum in Beaufort, N.C., was commissioned to oversee the work. He, along several volunteers from the Maritime Museum, worked with Ocracoke volunteers Tom Wright and Tom Payne to replace the rotten wood in the deck, the rub-rails, the washboards and the gunwales, and apply a new coat of paint. With the work near completion, the Blanche looks great!

Today she sits in a wooden cradle in the yard of the Ocracoke Museum, where she serves as an exhibit of Ocracoke’s maritime heritage. Her story provides a fascinating look at the island’s fishing traditions from the 1930s until 2006. In that year, the Blanche was donated to the museum by another island fisherman, James Barrie Gaskill (the son of one of the boat’s former owners) and since then she has shown how, through contributions of time, hard work, and money, a community can save and preserve a part of its culture.

The history of the Blanche was compiled by talking to islanders and fishermen who remembered and worked on the boat.

Maurice Ballance was about 7 years old when his uncle by marriage had the Blanche built. Maurice recalled the day they “set her up” with keel and ribs of juniper brought over on one of the freight boats that used to run between Washington, N.C., and Ocracoke.

Once the boat was finished, he said, they got a Ford car engine, geared so low that there was no reverse, and added a propeller and a cooling system using water that moved through a kicker-pipe.

The Blanche was now ready to go, and Stacy’s daughter Blanche went out fishing on her with her father. “One day I caught 57 bluefish, and I thought I had done something,” she recalled.

Stacy Howard used the Blanche to long-haul (in which two boats drag a long net to shore and one circles around to bail the fish) for trout, spot, and sea mullets. He also did sink-netting in the ocean for bottom fish, according to Maurice, and one time, “Stacy and Murray Spencer, who was fishing with him, like to got swamped coming in. They were running before the sea. The boat will run with you, then snake before the breakers. Another breaker swamped her, and she was half full of water!”

He later started taking out fishing parties–visitors to the island who wanted a real fishing experience. Maurice Ballance and Ronald “Conk” O’Neal crewed for him, baiting hooks and taking the fish off the lines.

“That boat’s been through hell,” mused Maurice. “It was wrecked up some during the Storm of ’44, when it broke the stake it was tied to in the harbor and went into a piling. Preacher Dixon and I waded out and cut her loose and retied her, but some boards were damaged.”

After Stacy died, the Blanche went to his son-in-law, Archie Wahab, who transferred her to his cousin, Elisha “Lishe” Ballance. Lishe was a former Coast Guardsman who worked for the National Park Service. His son, Gene, who was in high school at the time, remembered him moving the boat to the base docks, where he repaired the cabin. He worked on her for a year or two, but never got an engine for her.

He sold her to Lum Gaskill, who rechristened her the “Candyjoe” after his grandchildren Candy and Joe. Vince O’Neal, who now owns the Pony Island Restaurant, remembered swimming around the Candyjoe (or Blanche) when she was tied up near Lum Gaskill’s dock. “Yeah,” admitted Vince, “we snuck up on her sometimes at night when no one was watching and jumped off. We were kids, you know!”

Upon Lum’s death in 1975, Bill Patman, a grandson of Bill Gaskill, owner of the Pamlico Inn, acquired the boat. Then Maurice took her to Quark Hammock, where he planned to use her for long-hauling. Somebody broke into her and stole the battery, anchor, and other items, so Maurice abandoned his plan. The Blanche sank to the bottom of the creek, and it looked as if she would meet the same sad ending as many another old wooden boat.

Instead, Anthony “Moose” Mutro bought her, pulled her up and, in cooperation with his uncle, Irvin Styron, started putting her back into working shape. In 1977, Moose got a job in Elizabeth City, so he transferred ownership of the Blanche to his uncle. Irvin installed a rebuilt Chrysler Marine engine in her and later, with the help of his daughter Ada and Junius Austin, put on a new cabin and deck.

He used her for mullet fishing and crabbing, always accompanied by his black Labrador retriever, Pisces. Moose’s son, Dale Mutro, now the postman at Ocracoke, remembered going clamming on the Blanche with his dad, Irvin, and Irvin’s son Ray over at Lewes Shoal, near Portsmouth.

“He would go out when other fishermen couldn’t. She (the Blanche) was such a seaworthy boat.”

Captain Rudy Austin added that “a lot of them would be out crabbing on the other side of the Lehigh, back in the ’80s when crabbing was good. When it got rough and the rest of us were having a hard time in our flat bottom boats, Irvin would be riding along crabbing at ease.”

Irvin’s daughter, Ava, often worked with her father, and she remembered that “I ran the boat and he pulled the pots.”

“One day while we were fishing pots, I looked up and there were two waterspouts out on the sound. They sat down on the water and it got real rough. I wanted to go in, but Daddy said ‘We’re going to finish the pots.’ There are only 25 left. Well, the waves started breaking over the boat and stalled the engine. The new deck boards had swelled up so the water couldn’t get through to where the bilge pump was, and the boat was filling up with water. We were scrambling around, ripping up boards and trying to get her started again. We got her running and we finished the pots, but I quit when we got back!”

Ada chuckled a bit as she recalled the incident, adding that she’d quit quite a few times but always went back to work with her father.

Irvin also used the Blanche for shrimping, according to Moose. He attached a short mast and used removable outriggers so that he could shrimp on the back side of the island and down Core Sound.

Irvin’s son, Ray Styron, inherited the Blanche upon his father’s death in 1986. He re-named her the Shoestring and used her for shrimping. Ocracoke fisherman James Barrie Gaskill recalled the time he, in his boat, the Lady Ellen pulled Ray off a shoal when he had run aground on Six Mile Reef. Later Ray pulled the boat on shore and lived in her for a while. Then his cousins, Stevie and Tubba O’Neal, bought her, removed the mast, and installed a diesel engine, though they never got her running.

It was after this that James Barrie Gaskill, the son of Lum O’Neal, acquired the Blanche. He began, along with his friend, Don Wood, restoring her to use as a pleasure boat. When Don died, James Barrie gave up the project and asked the Ocracoke Preservation Society if they would like to have her.

The transfer was a long and involved process, but on April 29, 2006, the old deadriser officially became the property of OPS and the Ocracoke Museum.

The Blanche’s life at sea was over, but her new role as a museum exhibit was just beginning.

A Save an Old Boat committee was formed and fundraising began. Grants from the Marion Stedman Covington Foundation, the Mary Duke Biddle Foundation, and the Ocracoke Occupancy Tax Board helped fund the project, as well as generous donations from individuals.

Meanwhile, volunteers worked hard to construct a wooden cradle to hold the boat securely and then to move her. With the assistance of a backhoe and lots of warm bodies, she was brought from Oyster Creek to the museum, lifted from her trailer, and placed in the cradle.

The following year, a shelter was built to protect the Blanche from the weather, and two years later a viewing platform was added. Then, in late 2010, plans were firmed up for actual restoration work to begin.

OPS contracted with Craig Wright, a self-described “Yankee-Tarheel” — he was born in North Carolina but spent most of his life in Connecticut — who worked as a boatbuilder at the N.C. Maritime Museum. Craig has been building boats since he was 9 years old, he said, and he arrived back in North Carolina “single-handing” (sailing solo) an ocean-going boat which he had built.

Tom Wright and Tom Payne, both Ocracoke residents, took a trip to Beaufort to meet with Craig and get some ideas for starting the work. The two Toms began building ribs, according to Craig’s instructions, in the spring of 2011.

Craig Wright came to the island and worked for two days a week through the month of May and into June, bringing with him different volunteers from the museum in Beaufort. Ernie Ortiz, Vic Fasolino, Walt Geist, and Bill McDade are great guys, Craig said, and all donated their time and services to restore the Blanche.

Tom Wright and Tom Payne donated not only their time but also the use of their shops and tools to further the projects. Other Ocracokers helped out as well, providing meals, taking photos, and doing whatever else was asked.

The work on the Blanche is not yet complete, however, and more donations are needed to finish it. The next steps will include building a rounded cabin, similar to the one depicted in a 1936 photograph, and attaching an engine similar to the original one Maurice Ballance described.

If you come to the island be sure to come to the Ocracoke Museum, located near the Park Service Visitor Center, and stop by the backyard to see this lovely boat and learn about Ocracoke’s commercial fishing tradition.

(If you want to make a donation for the continuing restoration of the Blanche, you can send a check to Save an Old Boat Fund, Ocracoke Preservation Society, Box 1240, Ocracoke NC 27960, donate online at www.ocracokepreservation.com, or donate at the Ocracoke Museum Gift Shop.) 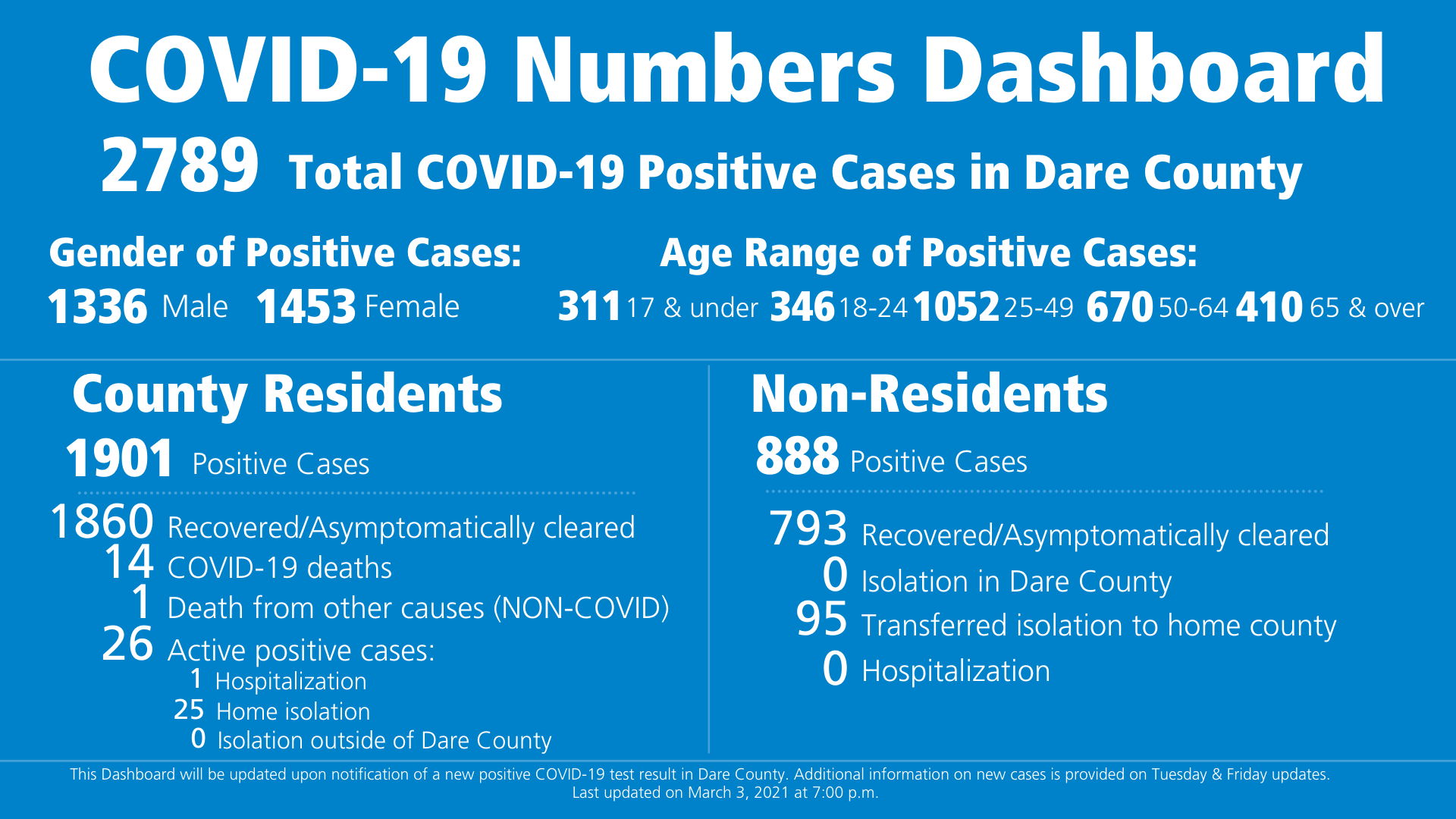 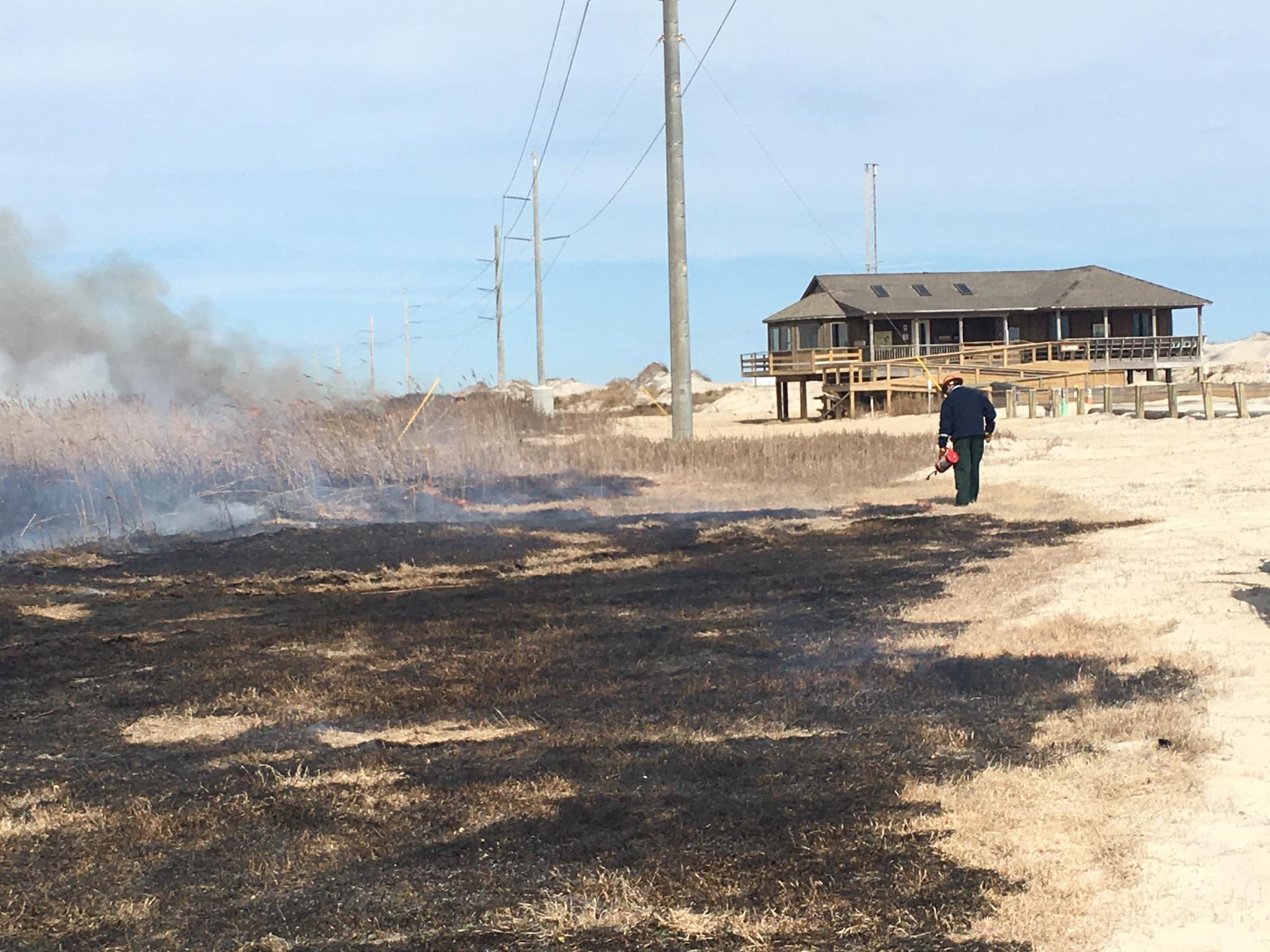 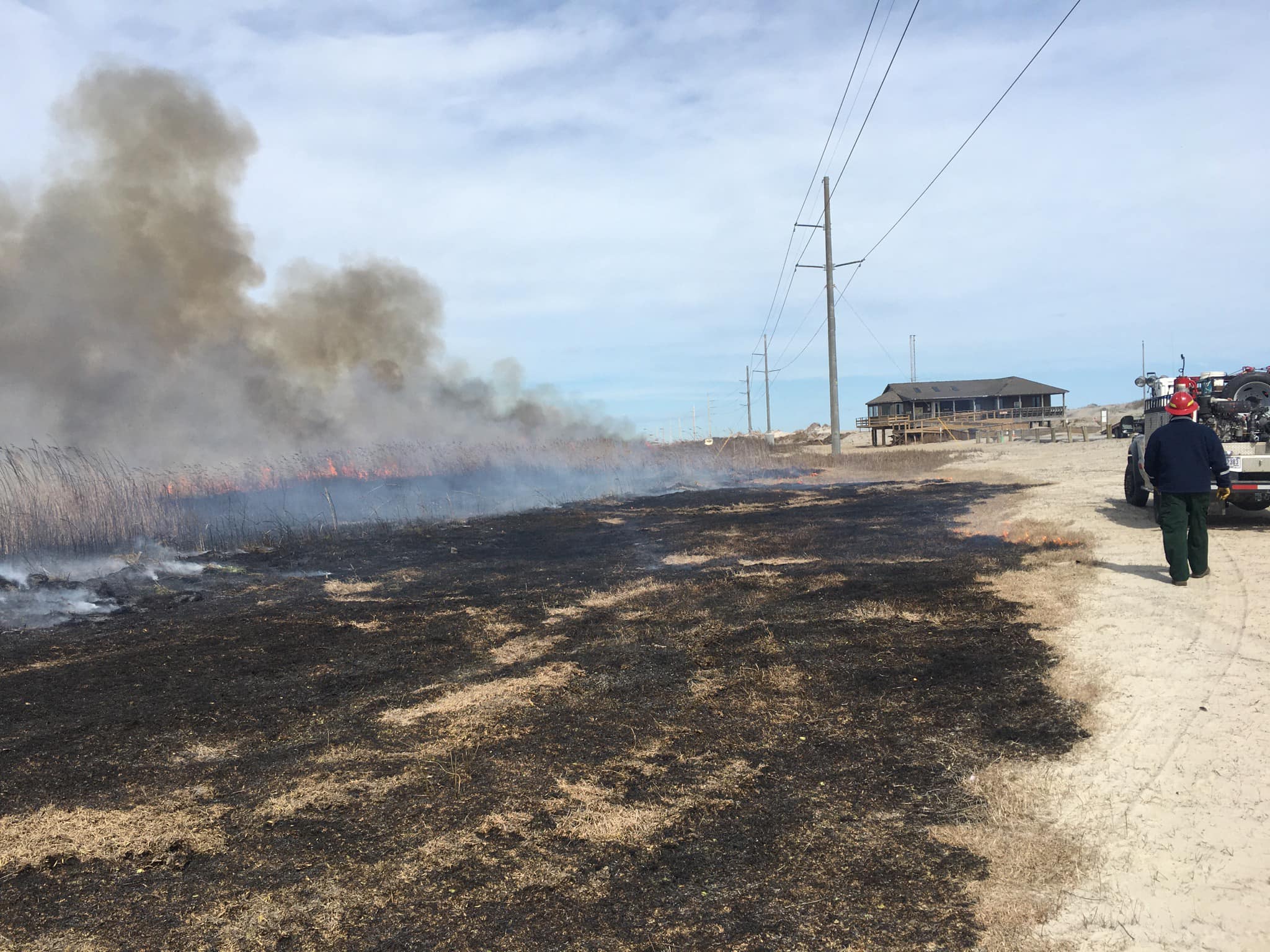 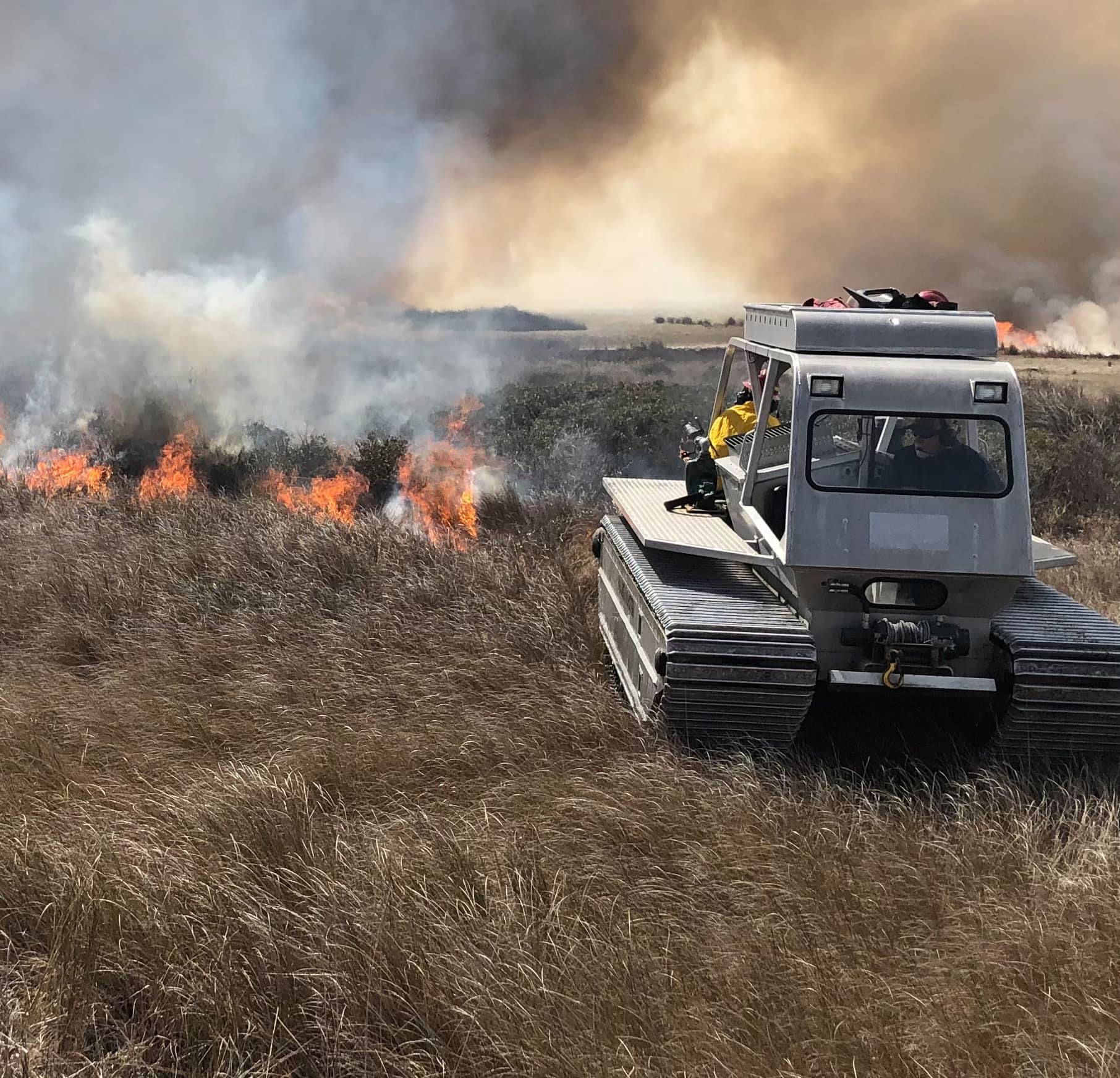