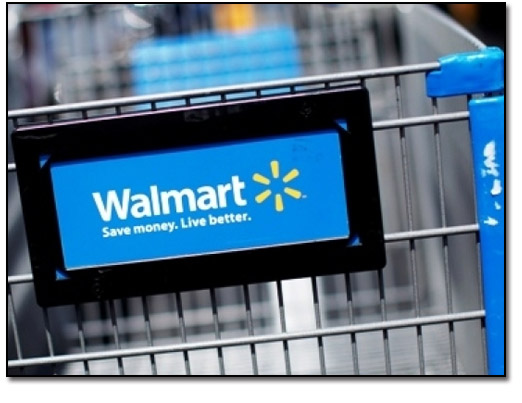 A couple months ago, a friend called me and said she was on her way off island for the first time since the hurricane, and asked if I had any suggestions for her re-introduction to the Outside World. I laughed and said, “Above all else, as long as you remember to wear pants, you’ll be fine.”

“Oh, shoot,” she replied. “Guess I’ll have to stick to drive-thrus.”

I think she was kidding.

But let’s face it — a trip to the Real World can be a little strange and a little intimidating. It’s not like we islanders can’t function if we’re not close to home, it’s just that we get so used to our lifestyle, which is quite different from the rest of the world, that when we do finally take a long trip elsewhere, there are a few cultural differences that we might miss or might not be used to.

The holidays are just around the corner, and for many of us this marks the first extended trip we’ll be taking off-island in months, as our friends and family are not very bright and decided to live elsewhere for some reason.

So before you pack up the truck and head over the Bonner Bridge, you might want to read over these key differences between our island community and the rest of the country, also known as the “Real World.”

1. People don’t talk for five minutes while standing in line.

How many times on Hatteras or Ocracoke island have you been in line at the Post Office or the convenience store, and nonchalantly stood around while the person in front of you finished up his or her conversation with the person behind the counter? Happens all the time, right? It’s common here. It’s perfectly fine, and it’s not a big deal. After all, clearly the people in front of you deserve to catch up on the latest news and gossip, and what’s the hurry? There’s a reason it’s called “island time.”

Well, guess what? Believe it or not, this totally does not fly in the Real World.

Here’s a good example. Last year while visiting my hometown, I recognized the person behind the counter at the local coffee shop as an old high school friend and immediately started firing away questions:  “How are you? What have you been up to? Oh, you’re back in college? What college? What are you studying? What’s your favorite class? Are you married? Do you have kids? Can I see pictures?” She answered me patiently, while a chorus of sighs and mumbling started to grow in the line behind me. (This didn’t deter me at all. In fact, it made me talk slower.) This tension rose and rose until it became clear that I had better grab my latte and run, as there might be an angry mob ready to follow me into the parking lot and attack.

So what’s the hurry in the Real World? Who knows? Apparently they have terribly important things to do and places to go to, and if they have to spend an extra few minutes along the way waiting for chatty, annoying folks like me, it will ruin their entire day.

As for us islanders, if we’re five minutes late to the fishing pier or the beach, we’ll survive somehow.

2. There is more than one Walmart.

Apparently, at some point while we’ve been living on a sandbar, the mainland passed a national law that every community with a substantial population must have the same 20 to 30 stores and chain restaurants, anchored by a giant Walmart.

Not sure why this needed to come to fruition, but this is why you’ll notice a Walmart in every town you pass. So on long road trips, don’t worry that you’re completely lost and just going around in circles when you see the same five stores everywhere you go. There is just simply the same stuff in every town.

But I must warn you that if you choose to visit the big-box stores, be prepared to be shocked at the size of these suckers — some are literally an acre or more wide — and to get totally lost trying to find your way out. (When all else fails, find the camping section and just set up a shelter until you can resume your hunt for the exit the next morning.)

In fact, just last weekend my good friend in Wilmington took me to a little store called “Costco,” which was an Indiana Jones-style warehouse filled with crates and crates of every possible type of merchandise you can imagine. Had we stumbled upon the Lost Ark while wandering down mile long aisles of hair dryers or frozen quiches, I would not have been surprised.

So feel free to visit these stores, but use extreme caution. Bring a buddy, a cell phone, a compass, and as little money as you can, because once you have the option to buy absolutely anything in the universe, you’ll kind of want to buy it all.

3. People dress up for things sometimes.

So I have one lovely fancy dress from a wedding six years ago that I held onto because at the time I thought to myself, “Well, the next time I need to get all dressed up, I can use it again.”

It has sat in my closet ever since.

When you think about it, we really don’t dress up for too much around here, except for the occasional dance at the Hatteras Village Civic Center and Halloween.

This is not the case in the real world. People wear suits to work, wear evening dresses for a nice dinner, and wear makeup and styled hair pretty much all the time. Now, granted, part of the reason islanders don’t dress up very often is that it never lasts. After all, how many times have you spent a good 30 minutes doing your hair, only to have it blown into a salty, tangled mess the minute you stepped outside the door? (Locals will recognize this particular look as “Hatteras hair.”)

So while you’re out in the real world, take the opportunity to get really dolled up and enjoy looking nice for an evening on the town, because once you get home, you can get back to normal being the happy, sloppy person you are.  Just make sure the venue you’re dressing up for is appropriate, like a fine restaurant or a theater trip. In other words, you don’t have to get dolled up to go to Walmart.

Here’s one of my favorite examples of how we’re totally different from the rest of the world.

Years ago, an old buddy of mine flew up to Boston to visit me while I was staying there over the holidays. I picked her up at the airport, and we lugged her suitcases onto the subway platform.

Now, I consider myself somewhat subway savvy and know that you should get on and off as quickly as possible, shouldn’t talk to the other folks on board, and never look anyone else in the eye.

My friend didn’t know this.

After asking a couple strangers to help her move her luggage to a seat in the back, she sat next to a very formal and serious looking man in a suit reading a Wall Street Journal. The first thing she did was reach for the paper so she could see what it was while asking him, “Whatcha reading there?”

He did his best to ignore her and move the paper closer to him, while she read over his shoulder, chattering away with comments like, “Hey, what do all those little numbers mean? I never could figure that out. And did you read this piece on foreclosures yet? You know, my aunt is getting foreclosed on, but that’s not much of a surprise since she’s always been a bit flaky, and truth be told, I’m pretty sure she has a drinking problem, but now we’re all wondering who’s going to take care of all of her damn dogs when she finally does get kicked out…”

She rambled on while the man, silent, was clearly uncomfortable and doing his best not to move or respond in any way, and to ignore her as much as possible.

After a few minutes, she finally stopped talking and looked at him in silence. Then she touched his hand and said very compassionately and sincerely, “Hey, you’re awfully quiet… Are you doing okay?”

But the point is, as much as I truly enjoyed watching that scene, in the Real World you are not expected to strike up a conversation simply because you are within five feet of another human being. I know — it doesn’t make much sense to me either. But apparently not everyone out there wants to be your new friend, especially serious looking people on subways.

Now you might think after reading these weird rules and behaviors that the Real World is a scary, rude, awful place that should be avoided at all costs, but I assure you that’s not the case at all. We’ve met some of the nicest and friendliest people in the world on our adventures off the island, so, clearly, the mainland is full of them.

There have been plenty of patient, friendly folks in Boston who helped our confused selves navigate our way around the city and have a wonderful time, even going so far as to walk us around a block or two to find the landmark or store we were looking for.

I also once met a really friendly couple in New Jersey that not only helped me get un-lost when I was driving around slowly in circles and blocking traffic, but also directed me to one of the greatest diners that I have ever been to.

And perhaps most amazingly, there was even a Sunday school class in North Wilkesboro, N.C., whose members had never met us, but had heard about the “Hurricane Irene evacuees” that were staying in their town, and raised a little money to help us with our trip home. That gesture completely and totally blew me away.

So, please, don’t take some of these generalities to heart. Enjoy your holiday travels this year, and feel free to go out and explore, and shop, and meet new people, and spread a little of that Hatteras Island cheer and personality into the Real World.

Because chances are the folks you are trying to chat up in line at Costco, or even in the subway, are in need of a little dose of Hatteras Island friendliness.