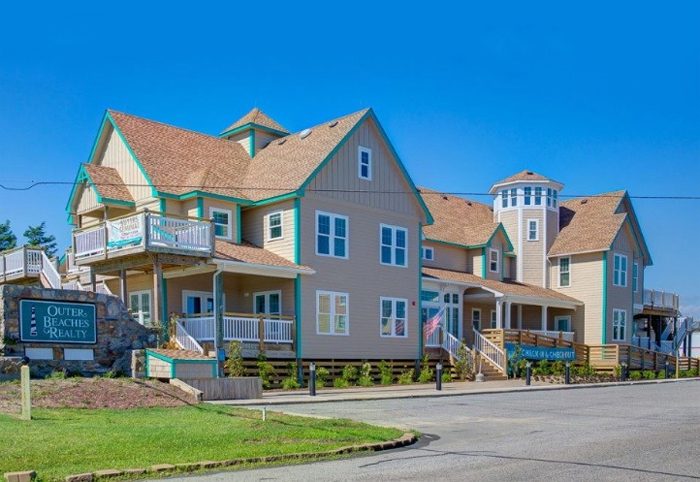 In December of 2021, Outer Beaches Realty (OBR) also joined the Vacasa brand, per an announcement made to homeowners by the company’s owner for the past 35 years, Alex Risser.

Risser purchased the company in 1986, when it was the fourth-largest vacation rental company on Hatteras Island, and had a modest 94 properties in its vacation rental program. Now that both Hatteras Realty and Outer Beaches Realty will be under the same Vacasa umbrella, the combined teams will manage approximately 800 homes on the island.

Per Allison Ferré, Corporate Communications Manager for Vacasa, the current plan is to keep the Outer Beaches Realty name, and eventually co-brand with Vacasa North Carolina.

“It’s not an easy decision to sell a business, especially one that’s been such a big part of my family, but I’m confident in the partner I chose to take the reins,” stated Risser. “I chose Vacasa because they share the same values and mission as Outer Beaches Realty and understand the importance of caring for three customers: homeowners, guests, and team members. I understand the perception that Vacasa is a national company—and they are—but they operate at the local level, too, with local teams who are a part of this community.”

“I’ll be on board to help with the transition through next spring, and Kelly Wilson—with 30 years [of] leadership experience at OBR—will continue to lead our team as Vacasa’s senior general manager, along with our property managers who are the main points of contact for homeowners,” stated Risser.

“We’re excited to continue growing our team through this deal with Outer Beaches Realty,” stated Amy Helle, Vacasa’s Director of Operations for Coastal North Carolina, who has also been working with Hatteras Realty for approximately 30 years. “Alex and his team have built a strong portfolio and brand, and we only want to build upon that success in the Hatteras community.

Helle noted that there are no plans for layoffs during the merge, although some OBR team members may be asked to take on new roles within the combined organization.

“We’ll be retaining three local offices and a laundry facility, and welcoming nearly 200 employees to Vacasa in operations and management positions,” stated Helle. “We are committed to continuing Outer Beaches Realty’s high standards of service, but also see an opportunity to offer more professional development opportunities for team members and to increase the returns on their real estate investments.”

OBR and Hatteras Realty currently both have offices in the Tri-villages, Avon, and Hatteras village, and the final decision on which three office locations will be maintained has not yet been made.

Though the merger will take a little while to accomplish, with OBR planning to transfer software systems and business during the next several months, both companies will continue to operate as usual during the transition.

“Our goal is to maintain consistency for each of our customers where it matters, but also present new opportunities, resources and value to the bottom line that only a company of Vacasa’s scale can,” stated Risser. “Whether it’s career progression for our employees or stronger marketing and technology tools for homeowners, I believe this will open up new doors.”