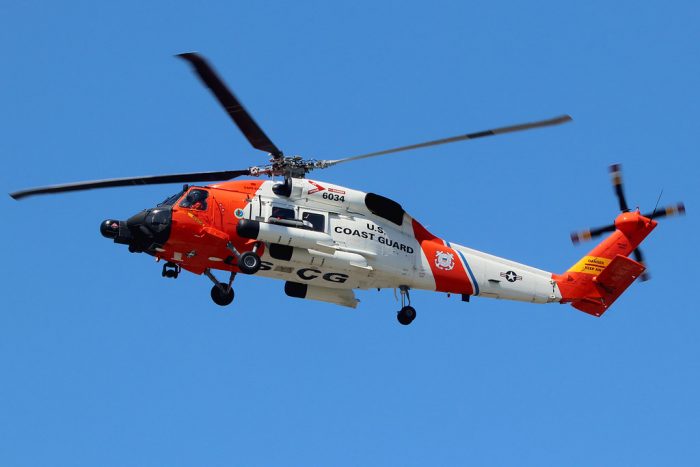 Watchstanders at the Coast Guard District Five command center received a report shortly after 7 a.m. from the International Emergency Rescue Control Center that a Satellite Emergency Notification Device (SENDS) registered to the owner of the sailing vessel Abide had been activated.

Coast Guard watchstanders correlated the given position to the Abide’s Emergency Position Indicating Radio Beacon (EPIRB) location and contacted the registered emergency contact. The emergency devices and information provided by the emergency contact all helped to corroborate the position and nature of distress.

District Five watchstanders launched an aircrew aboard an MH-60 Jayhawk helicopter from Air Station Elizabeth City and a boat crew aboard a 47-foot Motor Life Boat from Station Fort Macon to respond. The aircrew arrived on scene and confirmed with the master of the sailing vessel that it had lost both its sails and its engine.

“We can’t stress enough how important it is to have an emergency notification beacon on board your vessel any time you take to the water,” said Lt. Andrew Grady, operations unit watchstander at the District Five command center. “The master of this sailing vessel not only had two forms of alert, but also an updated emergency contact who was able to share with us his float plan, allowing us to get to his vessel quickly and get him and his passengers to safety.”

The aircrew hoisted the three mariners aboard and flew them back to Elizabeth City. No injuries were reported.