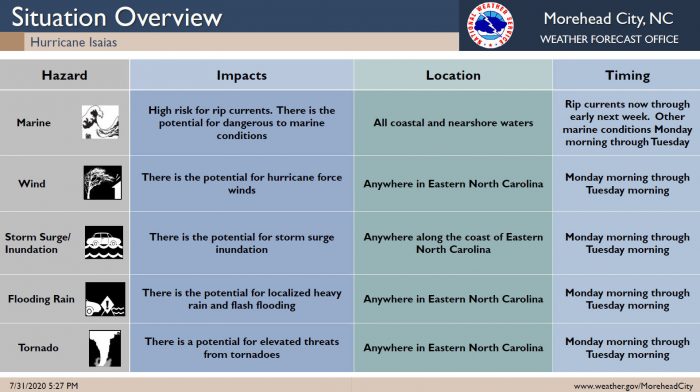 Confidence has increased that the Outer Banks will be impacted by Hurricane Isaias, but uncertainty still remains in regards to intensity and timing, per a Friday evening update from the National Weather Service (NWS) Newport / Morehead City Office.

Storm surge inundation is also possible along the coast and local sounds and rivers, and localized heavy rain is also possible, depending on the storm’s final track. All impacts are highly track dependent, and may change substantially within the next several days.

In an 5:00 p.m. update from the National Hurricane Center, Hurricane Isaias was located about 195 miles SSE of Nassau, with maximum sustained winds of 75 mph, and the system was moving northwest at 15 mph. 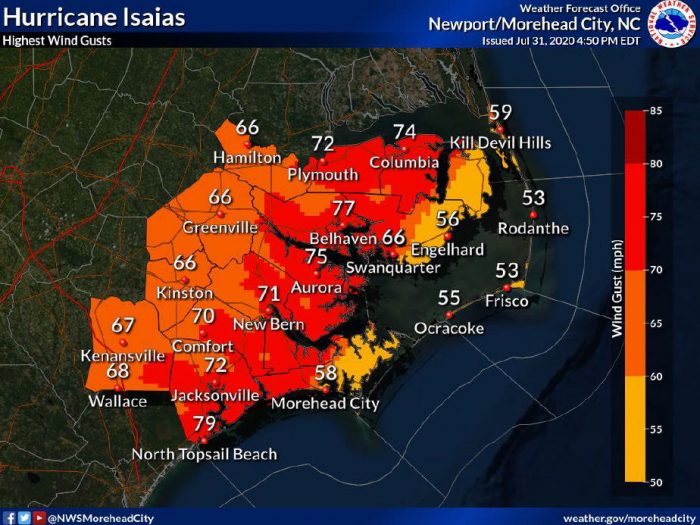 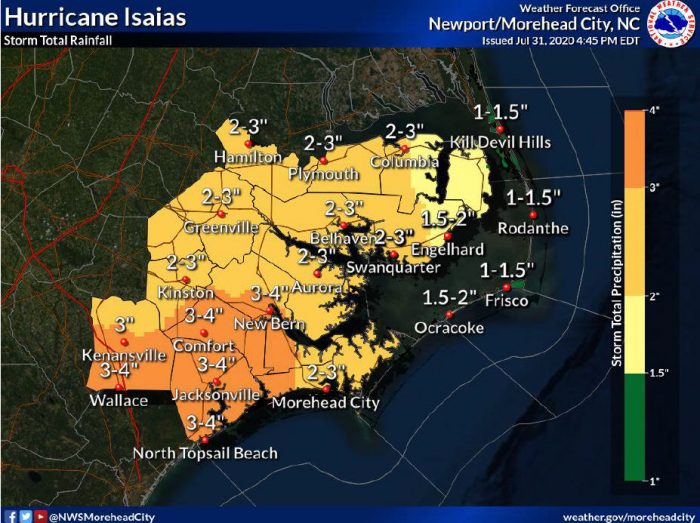 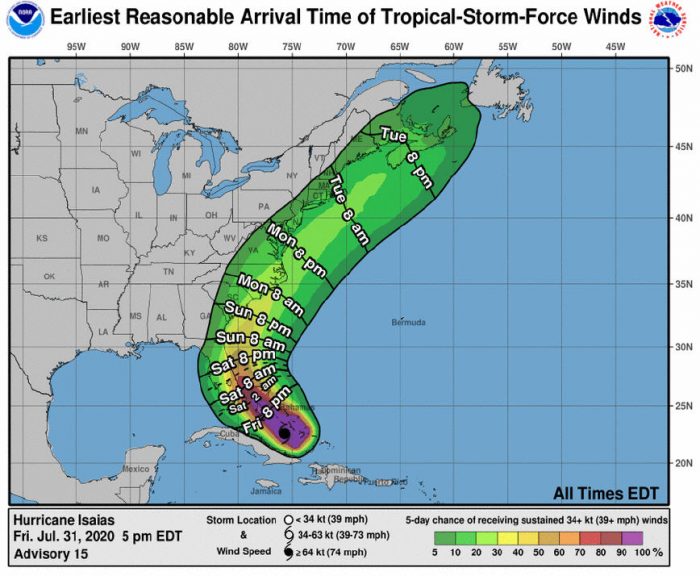 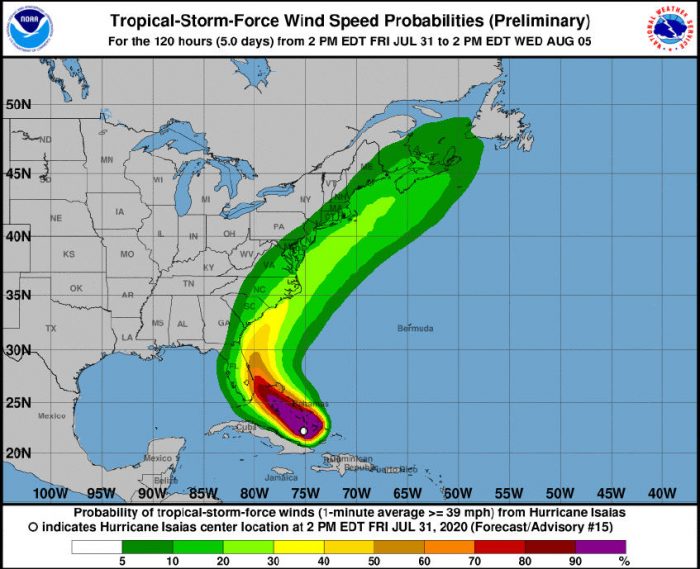 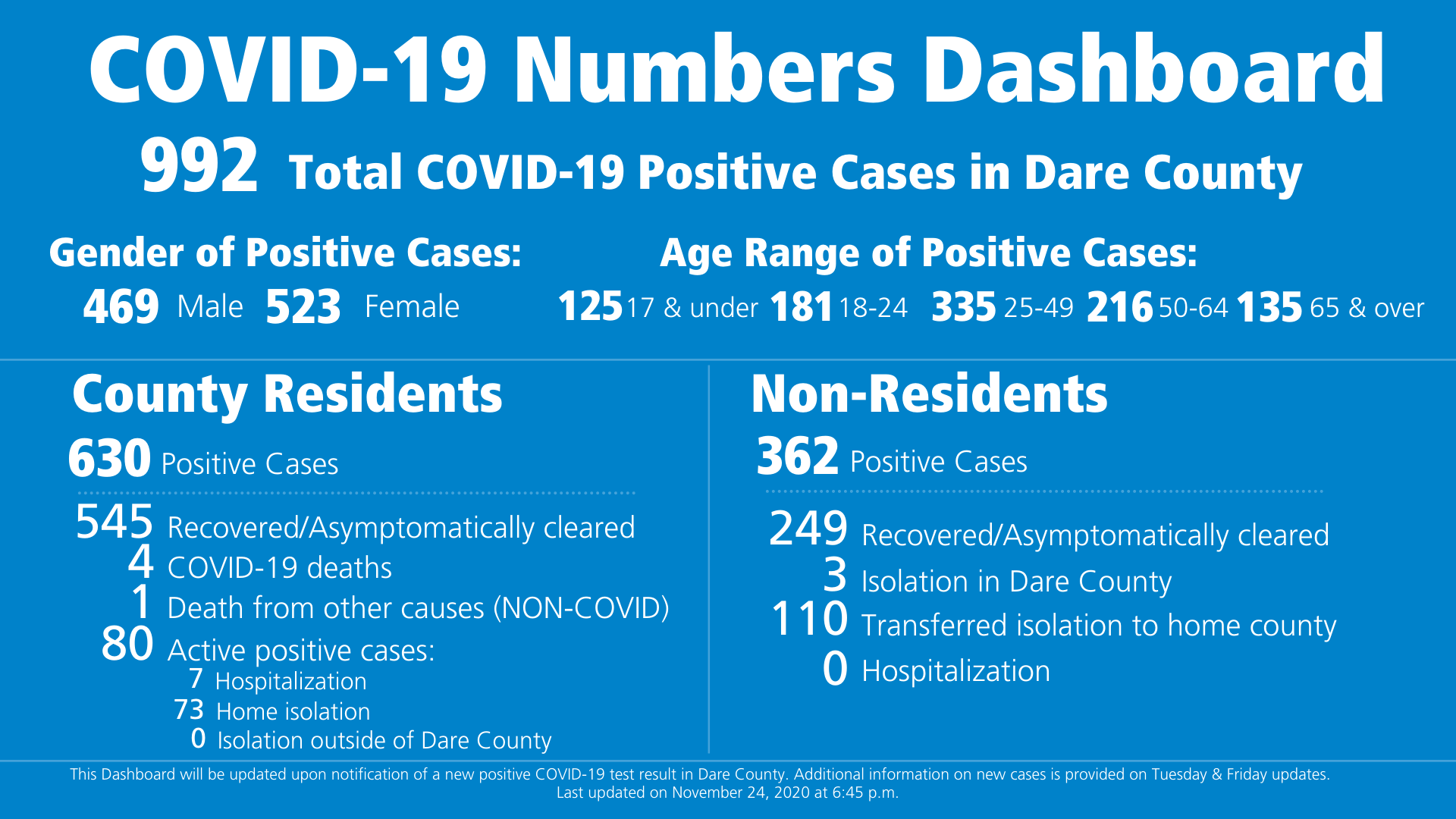