The Frisco-Buxton pathway project has been in the works for years, but it gained momentum in 2022, thanks to the introduction of a new potential grant from the National Scenic Byway program. If awarded, this grant would fund the bulk of the first two phases of the project, for a total cost of roughly $2.48 million.

These initial phases would cover a 4.41-mile stretch of roadway from the Cape Hatters Secondary School in Buxton to Piney Ridge Road in Frisco, and the grant would provide 80% of the funding for the project, but would also require 20% in matching funds.

The Dare County Tourism Board is expected to provide roughly $400,000 of this remaining 20%, but that still leaves more than $83,800 to complete the project funding, (which doesn’t include extra funds for the future maintenance of the pathway), which is why fundraising efforts have increased over the past few months.

Saturday’s Fall Festival featured a number of fundraising activities, including a silent auction, a pumpkin patch, a 50/50 raffle, concessions with pizza provided by Tavern on 12, a dunking booth, and much more.

Live music was provided throughout the afternoon by Rory and Friends, Loose Wheel, and After School Surf Club, and dozens of local businesses donated auction items, food, supplies, and/or time to make the event a success. (See the list of businesses who helped the Fall Festival below.)

Though the Fall Festival exceeded expectations for attendees and organizers alike, funds are still needed for the project, and the public can make a donation to the Frisco-Buxton pathway online. All donations are 100% tax deductible. 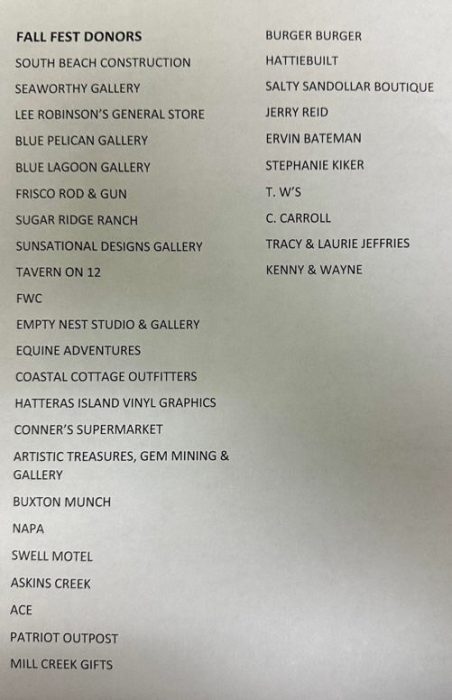