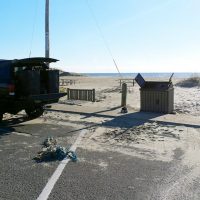 As the federal government shutdown affects the cleanliness and responsible use of National Parks throughout the country, the Cape Hatteras National Seashore (CHNS) is apparently not immune to spates of vandalism or park violations. A January 17 social media post by the Outer Banks Preservation Society (OBPA) outlined some of these recent violations, and called […] 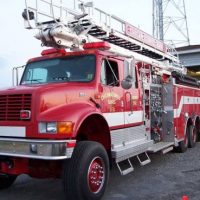 Two firefighters from the Chicamacomico Banks Fire Department were injured after a deck collapsed in Waves on Thursday morning, January 17.The firefighters and Dare County EMS personnel were assisting a resident on Sea Isle Hills Drive in Waves, and the resident and three members of the fire department were standing on the deck when it […] 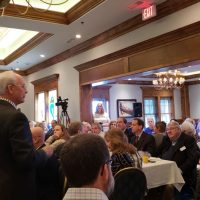 Dare County Board of Commissioners (BOC) Chairman Bob Woodard outlined the BOC and county’s initiatives in 2018, while noting issues that would linger into 2019, at the State of the County Meeting on Wednesday morning, January 16. The meeting, which was hosted by the Outer Banks Chamber of Commerce, attracted nearly 200 attendees which included […] 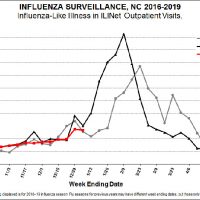 The month of January has brought multiple reports of colds and flus affecting adults and children alike throughout Hatteras Island, and parents are urged to use caution while the flu season is seemingly in full swing. Keith Parker, the Digital Communications and Middle School Director for Dare County Schools, reports that while there’s no concrete […] 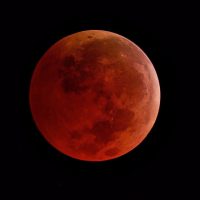 A total lunar eclipse, which will coincide with a super moon and the first full moon of the year, is going to occur on January 20, 2019, and residents all along the East Coast should have a prime front-row seat for the show. The event is technically labeled as a “super blood wolf moon,” as […] 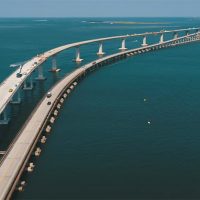 UPDATE: A form is now available online at www.darenc.com that enables citizens to submit recommendations. Click here to access the form. As part of the submission, information must be included that explains why the naming is warranted; for example, significant contributions and accomplishments of the individual at the local, state, and/or national level. Click here […] 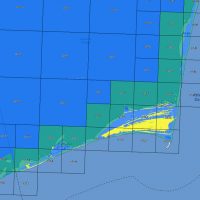 The FIRMs are updated every 10 years or so, and the last update for the county was in 2006.

Traditionally, the process to convert to new FIRMs takes roughly 18-24 months, as a series of procedures must be completed before the new maps can be adopted. This includes a 90-day public comment and appeal period, a subsequent review by FEMA to make changes to the maps as needed, and – eventually – a letter of final determination that cements the maps, and gives Dare County an effective date of implementation approximately six months after the letter is issued.

It should be noted that many property owners throughout Dare County have been anticipating the implementation of the new flood maps, and for good reason.

When initially introduced to the Dare County Board of Commissioners at a meeting in June of 2016, Steve Garrett of the Flood Plain Mapping Program and Dare County Planning Director Donna Creef both confirmed that many homeowners would benefit from the updated FIRMs.

“The good news is that a lot of properties are coming out of the flood zones,” said Creef at the 2016 meeting.

Garrett reported at the time that unincorporated Dare County, which includes Hatteras Island, had 1,800 structures in the high-risk VE category, and that number would be reduced to only 124. The county had almost 13,000 structures in the AE zone, and that would come down to about 8,500. The others would move, perhaps into the X zone.

Two new zones are also included in the new maps — AH, which applies to the area between the highways that floods in Kitty Hawk, and AO, which applies to some areas that are subject to shallow flooding, and which includes roughly 893 structures countywide.

(If you haven’t seen if and how your property is affected, you can still check it out via the thoroughly interactive website found here: https://fris.nc.gov/fris/.)

So the ball to adopt the new maps has been rolling for some time, but the process is still ongoing roughly 2.5 years after the maps were introduced. So what’s the hold up, and what’s being done? Here’s a closer look at where we are, and the steps the county is taking to move us forward. 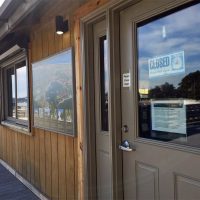 The partial U.S. government shutdown, which entered its 21st day on Friday, January 11, will likely delay two new Cape Hatteras National Seashore projects which were slated to begin in early 2019 – the new parking area at Kite Point, and the new Buxton Beach Day Use Area. As of Friday, the 21-day partial government […] 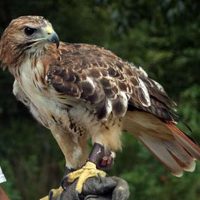 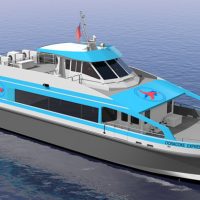 The N.C. Department of Transportation (NCDOT) unveiled its draft 10-Year transportation plan for 2020-2029 at the monthly Board of Transportation meeting in Raleigh on Thursday, and the plan included the construction of a second passenger ferry for the Ocracoke / Hatteras route, beginning in 2027. The plan, called the Draft 2020-2029 State Transportation Improvement Program […]