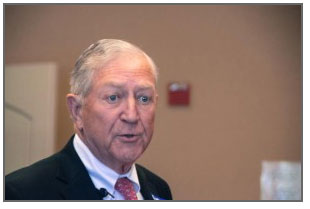 This is in response to Dare County Commissioner Jack Shea’s commentary sent to area media recently.

Shea, a Republican, noted that Americans don’t have much faith in Congress and that is the only point on which we can agree. The Republican majority has spent more time stone walling efforts to pass meaningful legislation and twitting sound bites than it has doing its job.

The same is true about our state government. The General Assembly has continuously introduced legislation forwarded to it by the Koch brother’s American Legislative Exchange instead of looking out for the best interests of its constituency.

Touting the successes of the current board of commissioners, Shea listed a number of accomplishments that the current GOP-majority board are trying to hang their hats on because three of them are running for office – two seeking to retain their seats on the board and Commissioner Beverly Boswell is seeking a seat in the state House of Representatives.

The commission has a long history of holding Town Hall meetings to gather input on topics that are important to its constituents. Because there is a diverse constituency in Dare County, many have been pleased at the results. Some were not.

Budget meetings, just as all meetings of a quorum of the board, are required to be open to the public so that isn’t a different way of doing business. In fact, it is the only legal way to hammer out the budget.

Standing against the proposed sales tax redistribution was a good thing, but it is unimaginable that any commission, no matter who was in charge at the moment, would have done any differently.

Dredging Oregon and Hatteras inlets is crucial to the safety of our mariners and the economic well-being of our region, but to say that maintaining Hatteras Inlet was an afterthought is an understatement. And the funding sources to provide continual matching funds needed going forward weren’t the best choices. There is still no realistic long-term funding sources for these, and there are still issues with Hatteras Inlet.

Adding confusion to the process was Sen. Bill Cook’s constant attempts to ignore the best interests of Dare County while apparently listening to only one commissioner – Beverly Boswell – a newcomer who doesn’t seem to understand that the Board of Commissioners is supposed to represent the best interests of Dare County, not ideology. Her recent statement that state actions that impact the county aren’t any business of the board is mind-boggling and not a good indication of what her attitude will be if elected to the N.C. House.

Working together with the towns to combine resources has been going on for several years and is not a result of any actions taken by the current board.

Law enforcement agencies combining resources and building inspectors helping out in the towns has saved money. This began before the current majority was in power. The creation of the Consolidation Committee was presented in such a manner that it was perceived to be a demand that the towns come to the table. The attempt was awkward at best.

There still isn’t an approved economic diversification plan, and it is with skepticism that we await the product that is being produced. There are some very smart and business-savvy people in Dare County and it is puzzling why the board felt that contracting outside the county would be more productive. Before you toot your horn on that one, better wait to see what they put on the table because so far, it has just been razzle-dazzle.

Patting the board on the back for providing the $400,000 for teachers’ salaries is not an accomplishment; it is living up to a commitment to match state raises for the teachers whom the county pays.

Gains made in putting more money back into the general fund have been made by short-changing the county employees in their salaries, benefits and insurance. County employees have less spendable income now than they did six years ago because of lack of raises, incredibly increased health insurance costs, and reductions in other benefits.

To claim that the increase in the fund was done without raising taxes is not true. There is not a fee – another word for tax – that hasn’t been raised over the past two years. Seniors needing transportation to medical appointments, parents trying to keep their children involved in activities offered by Parks and Recreation — all pay more for the services, which has meant that many can no longer afford those services.

To say that this board has functioned well is to ignore the realities and the impacts of many of its decisions.

Leave electioneering to the candidates on their own time, not by the board during meetings and under its auspices. Let those running stand on their own records which are slim at best so any fall won’t be far.

Governor Roy Cooper today shared that North Carolina will continue working with schools, teachers, parents, and health experts to ensure that plans for school this coming year will protect everybody, especially those at high-risk. “We want to get our students back in the classroom, and we want to make sure we get this right. My [...] Local News |  Full Article

December 16, 1928 – June 22, 2020 SOUTHERN SHORES — Phyllis Wise Hooper completed her earthly life of 91 years on June 22, 2020 at her home in Southern Shores. Married to Dwight Hooper for 63 years, she is survived by her four children Betty, Buddy, David, and Mike plus two grandsons, Jamie and David [...] Local News |  Full Article

A bill signed by Gov. Roy Cooper on Tuesday has authorized funding to restart the Ocracoke-Hatteras passenger ferry service in 2020, which is slated to begin on Friday, July 3. On Wednesday morning, the Ocracoke Express passenger ferry was docked at the Hatteras ferry terminal, and was being inspected by NCDOT personnel to ensure [...] Local News |  Full Article

This is Jupiter, the largest planet in our solar system. It’s the fifth planet from the Sun and about 484 million miles from it. Its diameter is close to 88,000 miles. That makes it about 11 times wider than the Earth. Jupiter is almost entirely composed of hydrogen and helium. The surface temperature of Jupiter [...] Island Features |  Full Article

Dare County is partnering with Mako Medical Laboratories out of Raleigh, N.C., to host a diagnostic and antibody COVID-19 testing event in Buxton on Hatteras Island The event will be held on Thursday, July 9, starting at 10:00 a.m. at the Fessenden Center located at 46830 NC-12, Buxton, N.C. Appointments are required. This event is open to [...] Local News |  Full Article