In an election year defined by the so-called “battleground” states, there may be no bigger battleground in the country than North Carolina. From the presidential campaign down to local legislative races, everyone could be for in for a long night of vote counting on Nov. 8.

Indeed, a recent story by the liberal magazine Mother Jones declared that, “In the wake of this year’s electoral chaos, one state has emerged as the most critical battleground of all: North Carolina…What makes North Carolina unique in 2016 is the number of close races where coattails from the presidential election could tip the balance.”

By way of evidence, the story goes on to say that “North Carolina is the only state in which races for president, U.S. Senate and governor are all rated ‘toss-ups’ by the Cook Political Report.”

In the volatile 2016 presidential race, North Carolina is thus far living up to its recent reputation as a “purple state.” Democrat Barack Obama pulled off something of an upset in 2008 when he won North Carolina by a mere 14,000 votes over Republican John McCain. The state then narrowly swung back into the Republican category in 2012 when Obama’s Republican challenger Mitt Romney captured it by 97,000 votes.

This year, the polling to date has shown a very tight race between Democrat Hillary Clinton and Republican Donald Trump in North Carolina, as the state cements its position as a potentially key player in deciding the eventual winner.

Earlier in September, surveys by CBS News/You Gov and Quinnipiac both showed Clinton with four-point leads over Trump with third party candidates factored in. But a Suffolk survey had Trump up by three. And the more recent poll, a Sept. 15 survey by the Civitas Institute (which bills itself as “North Carolina’s Conservative Voice”), had the race in a 42 percen-42 percent dead heat between the two candidates, with Libertarian Gary Johnson at five percent. Things can’t get much closer than that.

Another closely watched race features incumbent Republican U.S. Senator Richard Burr against Democratic challenger Deborah Ross. At times, the polls have been surprisingly tight in a race which, at least initially, was viewed as an uphill fight for the challenger. Back on Sept. 4, the CBS News/You Gov survey had Ross up by a point 41 percent-40 percent. But surveys a few days later by Suffolk (Sept. 8) and Quinnipiac (Sept. 9) put Burr back up by four points and six points, respectively.

And then there is perhaps the marquee matchup in the state — the hotly contested governor’s race between Republican incumbent Pat McCrory and  Democratic challenger Attorney General Roy Cooper, a race likely to be influenced by a number of factors, including the impact of the controversial HB2 “bathroom bill,” which continues to make headlines.

Earlier this month, the NCAA and Athletic Coast Conference announced they would be cancelling athletic events in the state in response to the bill. That seems to have spurred some speculation about another effort to make a deal that would lead to repeal of the measure by the legislature.

A series of polls taken in the dog days of August showed Cooper with leads anywhere from the low to high single digits over McCrory, and a Sept. 9 survey by Quinnipiac showed the Democrat up 51 percent-44 percent. But the Sept. 15 Civitas poll showed McCrory up 45 percent-43 percent, which could reflect improving McCrory fortunes in recent days or could be something of an outlier.

On the local level, residents are getting bombarded by mailers from both sides in the battle for the District 1 State Senate seat between two-term Republican incumbent Bill Cook and his Democratic challenger, former newspaper publisher Brownie Futrell. In 2012, Cook defeated Democrat Stan White by a razor-thin 21 votes, but then won the 2014 rematch more handily, by about 4,000 votes. Futrell, who has run a spirited campaign, would likely need a strong showing in Dare County.

Perhaps the most fascinating local race is the battle for the District 6 North Carolina House seat being vacated by the retiring Paul Tine who won as a Democrat in 2014, but subsequently switched to Unaffiliated. The contest features two members of the Dare Board of Commissioners – 16-year board veteran and Democratic Warren Judge and first-term Republican Beverly Boswell, who won on a 2014 recount – in what is a study of contrasts, both philosophically and stylistically.

In Sentinel interviews this past summer, both candidates characterized their race as highly competitive. There is no public polling on the race, but the prevailing view among observers is that this will be a close one – with Beaufort County perhaps being a bellwether in the battle.

There are three contested races for the four seats up for grabs on the Dare County Board of Commissioners on Nov. 8. It is thought there are some natural advantages to incumbency, but as 2014 proved when two incumbent Democrats were defeated, a strong election tide can wash out those advantages.

Ironically, the one candidate who is guaranteed a slot on the new board is a newcomer. Democrat Danny Couch will be filling the Hatteras seat of retiring Allen Burrus after moving up from the Dare Board of Education and finding himself unopposed.

The other three races find two Republican incumbents seeking re-election and a battle for the seat being vacated by Warren Judge that includes a Democratic member of the Duck Town Council.

The District 1 race features incumbent Republican Board Vice-Chair Wally Overman, who was appointed to that body in 2013 following the death of Richard Johnson. He then ran in 2014 and defeated Democrat Sandy Semans Ross by about 1,600 votes. His opponent this time around is Democrat Rosemarie Doshier, an East Lake realtor who has been active in realtor organizations on the legislative level focusing on issues related to property rights.

The District 2 contest is between current Republican Board Chair Bob Woodard and Kill Devil Hills Police Lt. John Towler. In his 2012 race for the board, Woodard defeated former Nags Head Mayor Bob Muller by about 1,500 votes. Towler, who has served in the Kill Devil Hills Police Department since 1995, is also a videographer who spent time as a legislative assistant in Washington, D.C.

The other contested race is for the District 3 seat being vacated by Judge. And here the Democrats have the candidate with more experience in elective politics. Monica Thibodeau is the mayor pro tempore of Duck, where she has served on the town council for a dozen years. Her Republican opponent is Steve House.

House is a former Emergency Services worker who now operates First Flight Home Services. He lived in Dare County between 1988 and 2004, moved away and returned. He defeated veteran law enforcement officer Jimmy Ray Watts by about 1,300 votes in the March Republican primary.

If you want to see the commissioner candidates up close and personal, the League of Women Voters of Dare County has scheduled several candidate forums for the Dare Board of Commissioner hopefuls this fall. The first will be on Wednesday, Oct. 12, at the Nags Head Elementary School from 7-9 p.m. The second will be on Tuesday, Oct. 18, at the Fessenden Center in Buxton at the same time.

(Mark Jurkowitz is the publisher of The Outer Banks Sentinel.  For more Outer Banks news, go to www.obsentinel.com.)

The Outer Banks Restaurant Association is collecting kitchen equipment for restaurants in Ocracoke that were affected by Hurricane Dorian. Many restaurants lost everything and are starting from scratch. “We all (restaurant owners) have used kitchen equipment laying around that we aren’t using.” Said Mike Kelly with Kelly’s Hospitality Group. Mr. Kelly has a storage unit [...] Community News Brief |  Full Article

The disconnect between current flooding reality and the newly released floodplain maps in Dare County, which decrease flood zones by 41%, may be starker than most coastal areas in North Carolina because of the barrier islands’ geology. But much of the disparity between actual vulnerability and the flood risk reflected in Dare’s pending flood maps [...] Local News |  Full Article

Permanent Ocracoke residents who have acquired new vehicles since Hurricane Dorian can receive priority loading passes for those vehicles at the Silver Lake Terminal ticket booth. The ticket booth is open between 8 a.m. and 4 p.m. seven days a week. To qualify for a priority loading pass, residents m​​ust fill out a priority pass application​ and [...] Local News |  Full Article

Habitat restoration activities begin this week on Pea Island National Wildlife Refuge. Partners at the North Carolina Department of Transportation (NCDOT) and contractors with Barnhill Construction will excavate sand behind the Oregon Inlet Terminal Groin in order to improve habitats for migratory birds. Sections within a 3-acre area will be dug out to create open water [...] Local News |  Full Article

Sometime during the long, slow process of getting Ocracoke somewhat back to normal after Hurricane Dorian hit on Sept. 6, someone must have created a check-off list of what needs to be accomplished. In the days following this devastating storm, for variable times, the island was without electric power, an open bank, grocery store, post [...] Local News |  Full Article 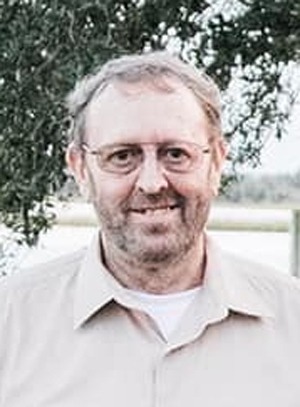 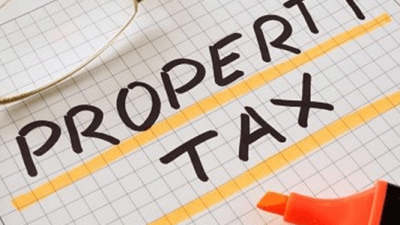 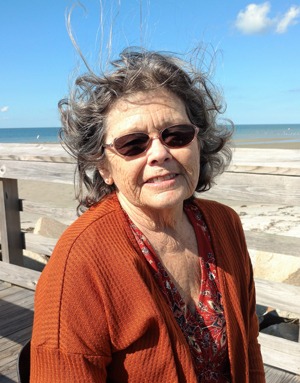 Another fundraiser success for Ocracoke School