Shortages of qualified marine welders and American-made aluminum has delayed initial plans for a mid-summer launch of the Ocracoke Express, the state’s first high-speed passenger ferry. But that doesn’t mean that Outer Bankers won’t possibly be taking a few spins on the new vessel and tram service this year.

“I just think it will give us time for a successful roll-out,” Jed Dixon, deputy director of the North Carolina Ferry Division, said at the May 18 meeting of the Passenger Ferry Stakeholders Committee in Manteo. “We’re going to miss the peak season.”

After it is delivered later this year, he said, the ferry will undergo sea trials and be ready for operation in spring 2019.

But Hyde County manager Bill Rich prefers to regard the later kickoff as a golden opportunity for the island community to familiarize itself with the tram route through the village, and maybe enjoy a few special event runs of the passenger ferry.

“I really believe they’re going to deliver that thing in September,” Rich said Wednesday. Hopefully, he added, that means the passenger ferry could transport some people to the Blackbeard’s Pirate Jamboree Oct. 25-28 and the 300th anniversary of Blackbeard’s demise on Nov 22.

“If we have it completed,” Rich added, “the ferry will run for those two events.”

According to Tracy Gable, project manager at U.S. Boatworks in Hubert, North Carolina, the boatbuilders are hustling to get more welders on line and working split shifts and weekends. But she stopped short at promising a delivery date.

“We’re trying to get the vessel to DOT and the good folks of Ocracoke as soon as we can,” Gable said in an interview. “Our ultimate goal is we want to provide to the state of North Carolina a high-quality vessel that they can be proud of.”

Early on, she said, the vessel’s design drawings revealed issues with the hull and the lines of the boat that had to be re-worked to improve performance. A new team was hired to design a lighter boat that would run faster, setting the project back a few calendar days.

Also, the “buy American” clause in the contract resulted in more time locating sources for the kind of domestic aluminum they needed. But getting the welding done on the 92-foot vessel was even more difficult.

“The biggest thing that was a challenge was trying to find the skilled labor,” Gable said.

Unlike the West Coast, she said, there are not many marine welders on the East Coast who are qualified to work on marine-grade aluminum. They also must pass a certification test by the U.S. Coast Guard.

The company, she said, reached out to community colleges and technical schools, ran advertisements for welders in sites that reached up and down the coast and offered on-the-job training. So far, there are 14 certified welders on the job, and another three about to be certified.

The company, located on the Intracoastal Waterway about 20 minutes from Jacksonville, has been in Hubert since 2014.

Dixon said the $9 million project, including $4.15 million for the 100-passenger boat, is creating jobs and more opportunity for the region.

The 70-minute trip from Hatteras will cost $15 for a round-trip ticket and take passengers directly into Ocracoke village at Silver Lake Harbor. It is anticipated that the online reservation system that is being planned will eliminate the hours-long wait in the summer for a free vehicular ferry.

Dixon said that a media event is planned in mid-June at U.S. Boatworks when the hull is turned over. At the end of June, construction of passenger shelters at the terminals at both sides, as well as parking improvements in Hatteras and new bathroom facilities in Ocracoke, are expected to be completed. Temporary floating docks will also be constructed and in place for the new ferry.

Meanwhile, two electric-powered trams are expected to be delivered to Ocracoke by the end of July, Rich said, and the remaining two by early August. There will also be two trailers that can be pulled by the trams.

Since the state is giving the trams to Hyde County to operate, the county has the flexibility to use them at other times in addition to serving the passenger ferry customers. There will be two

trams running the half-hour, eight-stop loop every day from 11 a.m. to 10 p.m. when the passenger ferry is operating. Anyone can ride the 16- to 20-passenger trams, which is a nice bonus for villagers.

On May 7, the county awarded a 5-year contract to Joseph Ramunni to operate the trams. Rich said the contract averaged $161,000 for each season of 127 days.

The county plans to build a $20,000 storage building at property it is leasing for $500 a month at the Berkley Manor, Rich said.

The building will include a charging area for the trams, which can hold a charge for about five hours.

Ramunni, owner of the Ocracoke Community Store at the heart of the village and a resident for five years, said he is a perfect fit to run the tram operation.

“It’s kind of a spelled-out process that took some time and energy to set up correctly,” he told Coastal Review Online. “I have an in-depth understanding of the people who come to Ocracoke and the flow of the island.”

The state is paying up to $90,000 for the trams and their operation, and Ocracoke agreed to kick in $70,000 of occupancy tax revenue for the first two years. If the villagers are agreeable, Rich said, he would like to get the trams up and running in August as a test period.

“I have full confidence,” he said, “that the ferries and the trams will blend fully with life on Ocracoke.’ 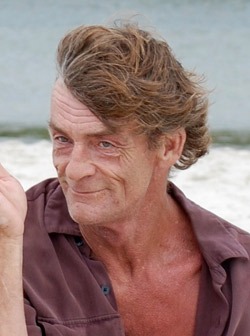 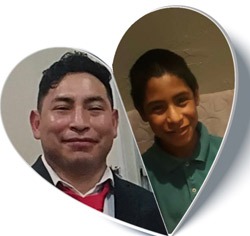