Jupiter is the biggest planet in our solar system. Its diameter is about 87,000 miles–that’s about 11 times larger than Earth’s! Jupiter is the fifth planet from the sun and also about 5 times further from the sun than the Earth. The composition of Jupiter is about 90% hydrogen, 9% helium and it has small amounts of other elements. Its size and make-up more than justify it being called a “gas giant.” 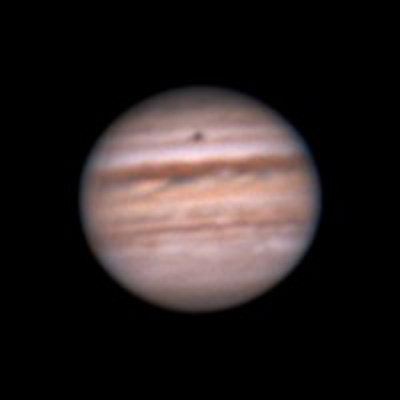 Jupiter is easy to spot on a clear night in July. Right after sundown, look to the SE and scan for a very bright “star.” Chances are, you have found Jupiter. With a visual magnitude of -2.6, only the moon and Venus shine brighter than Jupiter! If you have access to a pair of binoculars or a small telescope, there’s a good chance you might be able to see one or more of its four Galilean moons. These moons (Io, Europa, Ganymede, and Callisto) were discovered by the famous astronomer, Galileo Galilei, in 1610 using a homemade 37mm (about 1.5”) refractor telescope. In recent years, the number of moons known to be orbiting Jupiter has increased. In 2009 it was believed to be 53. The latest count is 69. 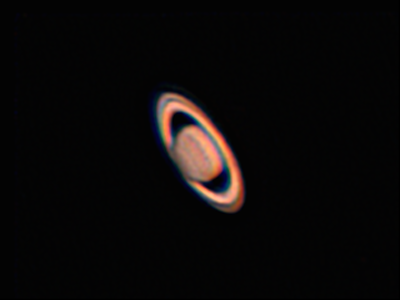 Saturn, the second biggest of our “Gas Giants,” will rise in the SE around 8:43 p.m. on July 1. If you want to get your kids hooked on astronomy, Saturn is a great place to start. Nothing seems to catch the imagination quite as much as viewing the famous ringed planet through a telescope.

Saturn’s diameter is about 72,000 miles, making it about 9 times larger than Earth. It has 62 moons and a composition that is similar to Jupiter’s. Saturn is about 9.5 times further from the sun than we are.

Jupiter, Saturn, and Pluto will be in the SE skies of July. Find Saturn and you can be just about sure Pluto is in your field of view. It’s a little to the left and below the ringed planet.
Neptune rises at 11:51 p.m. followed by Uranus at 1:56 a.m. Both are best viewed through a telescope.

The Perseids meteor shower will become active during the second half of July. Although they peak on August 13, you should be able to see some activity starting on July 17. Pick a clear dark night and look directly north, and with any luck you might see a few shooting stars! Best viewing is between midnight and dawn!