2020 is already shaping up to be a steamy year, thanks to 12 brave volunteers of the Chicamacomico Banks Fire & Rescue team who are showing off the goods in an upcoming calendar that will be available for sale in the near future.

The brand new fundraising project, which was orchestrated by lifelong volunteer and current Chicamacomico Banks Fire & Rescue Secretary, Elaine Hooper, features a dozen of the organization’s finest in slightly risqué poses, which celebrate each month with style.

Though the finished product promises to be a big hit, (and is already generating buzz among island ladies who are eagerly waiting for the New Year to arrive), it took time and a lot of guts to make the calendar come to fruition.

Hooper says that the idea stemmed from a discussion she had with volunteer firefighter and pastor of the Fair Haven United Methodist Church, Tim Fitch. “It started as a conversation, and we both thought it would be fun to do,” says Hooper. “It kind of fell into place from there, and I was lucky enough to find 12 guys willing to sacrifice their dignity for the [project.]”

“They are all either firefighters, water rescue team members, or both,” she adds. “We even got the fire chief, Mike Daugherty, and Fire Captain and Water Rescue Captain, Jeremy Carpenter, to pose, because it wouldn’t be complete without the leadership in there – we needed good men leading by example.”

Starting in May, Hooper began to schedule weekly photoshoots with her calendar recruits, beginning with Pastor Fitch himself in a sandy setting along the Rodanthe Pier. Fitch, who scored a summertime spot in the calendar, engaged photographer Hooper – as well as a beach full of spectators – as he smiled for the camera with his fishing rod and tackle at hand.

“We were there for about 10-15 minutes, and by the time we finished, we had an audience,” recalls Hooper. “Many people wanted to take their photo with him after the shoot, and we heard plenty of catcalls coming from the pier.”

Fitch’s shoot may have been one of the first, but it wasn’t the most elaborate photoshoot by any means.

One of the crews’ favorites was arguably Mr. February, who was strung up in a harness on the ladder truck so that he could effectively pose as an airborne cupid. “He said ‘I have to be Mr. February, because I’m short, and I need to [represent] the shortest month,” says Hooper. “That was such a fun shoot, but all of the shoots were fun – by the end, the guys would want to hang out and cheer on the other [models.]  Sometimes, significant others would show up too, which made it all the more embarrassing, and all the more fun for me.”

Hooper had her hands full as she tackled every element of the project, from the photography, to the editing, to sending the finished files to the printer – which she finally accomplished in early August, months after the calendar project was initially discussed.

But she attests that the fundraising endeavor was a team effort, and that there were plenty of Chicamacomico Banks Fire & Rescue members who leant a hand both in front of and behind the camera.

“I’ve never done anything like this before, but everyone who was around would give me a hand – it was really a group effort,” she says.

And the end result promises to bring plenty of heat all year long.

Hooper’s goal was to have her guys in not-so-traditional poses, with strategically placed fruit, Easter baskets, bath bubbles, and other seasonally appropriate accessories. “We couldn’t go too far, because we wanted it to be ‘family friendly,’” she says.

But regardless, the resulting photos are nothing short of eye-catching, and there is already plenty of interest from the community on scoring one of the first 2020 calendars, weeks before they are officially available to the public.

“We are doing an initial print of 500, but if we need more, we can definitely order more,” says Hooper. “We want to make sure they are available for visitors who want to pick up a few as Christmas presents.”

There’s still a short wait ahead until the men of Chicamacomico Banks Fire & Rescue will make their official calendar debut, but in the meantime, the women of Hatteras Island and beyond have a good-looking 2020 to look forward to.

“The response has already been amazing, and the photos came out fantastic, thanks to the bravery of the guys,” says Hooper. “Now, our only trouble is that we have to up our game for 2021.” 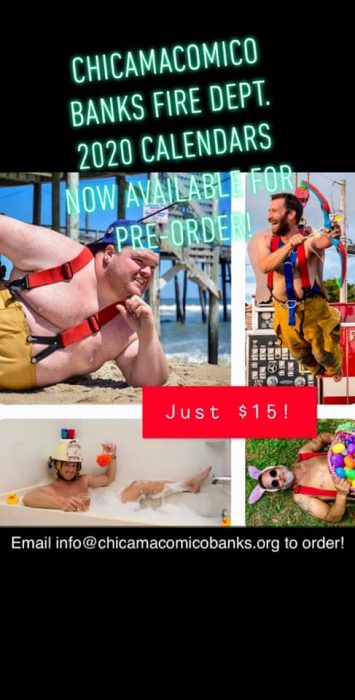 To Advance Order Your Copy:

Folks who want to advance-order their copy of the Chicamacomico Banks Fire & Rescue 2020 Calendar can do so by emailing Elaine Hooper at info@chicamacomicobanks.org.

The calendars are $15 and all proceeds go to help fund Chicamacomico Banks Fire & Rescue. 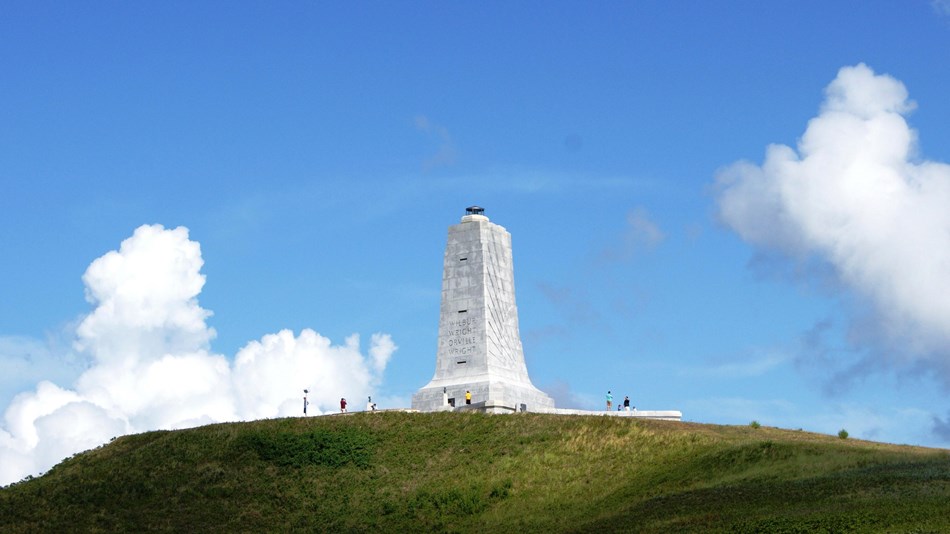