After careful examination, a U.S. Navy Explosive Ordnance Disposal (EOD) unit from Norfolk, Virginia, confirmed that the object discovered in Buxton this morning is a live military ordnance.

The U.S. Navy EOD unit has placed the unexploded ordnance, described as a 100-pound aerial bomb from the World War II era, deep inside the beach near the Cape Hatteras Lighthouse Beach Access parking area.

At around 9:00 a.m. tomorrow morning, October 23, the unit will detonate the ordnance in place. No damage to nearby structures is expected, however, Buxton residents and visitors may hear the detonation. Due to the sound,the detonation may make during the early morning hours, Dare County plans to send out a mass phone notification warning to all nearby residents and visitors at 8:30 a.m. tomorrow.

A potential unexploded ordnance was found on a Buxton beach on Thursday morning, and is in the process of being examined and safely removed from the shoreline by authorities, per multiple reports.

Hatteras Island resident Michele Quidley was walking her dog near the Old Cape Hatteras Lighthouse site and Buxton Beach Day Use Area when her dog noticed an object high on the shoreline. “When we reached it, I thought it was a log,” she said, “but then I realized it was made out of metal.”

When Quidley got a little closer and saw the unusual tail at the end of the object, (which resembled the end of an ordnance or torpedo), she called the authorities and stayed near the site until they arrived.

“I was worried about just leaving it there, because there are a lot of visitors on the beach, and I didn’t want kids to play with it, or someone to accidentally pick it up and take it home as a souvenir,” she said.

She called the National Park Service, and then reached out to the Dare County Sheriff’s Office dispatch center, noting that John Conner of the Buxton Volunteer Fire Department was the first to arrive at the scene.

Additional representatives from the National Park Service and Sheriff’s Office arrived soon after, and the U.S. Navy’s Explosive Ordnance Disposal (EOD) Unit from Norfolk, V.A., is currently on its way to examine and remove the ordnance. They are expected to arrive at 3:30 p.m. 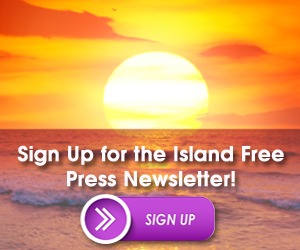 “It was just a normal day before that happened, and I was surprised that no one else [on the beach] saw it before I did,” she said.

To ensure visitor safety, a safety perimeter measuring approximately a half-mile has been established around the object. The following areas are closed until the Navy’s EOD unit arrives and removes the potential ordnance.

This is not the first time a potential unexploded ordnance has washed ashore on Hatteras Island. The Outer Banks played a key role in World War II, as German U-Boats lurked just off the coast, earning the area the nickname of “Torpedo Junction.”

In the summer and fall of 2017, unexploded ordnances washed ashore in Avon, at the edge of Hatteras Inlet, and in Buxton on the temporary “Shelly Island” – a sandbar that formed for the summer season just off of Cape Point.

All previous ordnances were safely removed after authorities, (and namely representatives from the U.S. Navy’s EOD Unit), removed the objects from the shoreline.

In 1876 to help prevent lighthouse keepers from becoming bored, the United States Lighthouse Establishment created rotating libraries to move between different light stations. By rotating the books roughly every 6 months, lighthouse keepers and their families had ample opportunity to not only read lots of books but had a constant supply of new reading [...] Seashore News |  Full Article

The National Park Service has several open government contracts for businesses to bid on at Cape Hatteras National Seashore, Fort Raleigh National Historic Site and Wright Brothers National Memorial. Businesses that are interested in bidding on federal government contracts must do so through the System for Award Management (SAM) at www.sam.gov. Contract Opportunities at Fort [...] Seashore News |  Full Article

On July 23, the first sea turtle nest of the 2022 nesting season hatched along the Cape Hatteras National Seashore (CHNS). Since then, several more nests have hatched, and park biologists have started nest excavations. During a recent excavation on July 27, a live, leucistic loggerhead sea turtle was found at the bottom of the [...] Seashore News |  Full Article

Wright Brothers National Memorial is proud to welcome Dr. J. “Bob” Balaram, of NASA’s Jet Propulsion Laboratory, to help celebrate National Aviation Day on Aug. 19 and 20, 2022. Dr. Balaram is the originator of the concept that became NASA’s Ingenuity Mars Helicopter, and served as its chief engineer during its development, test, and operations. [...] Seashore News |  Full Article

The Cape Hatteras National Seashore (CHNS) recently announced a new summertime program, Kayak with a Ranger, which explores the salt marshes and surrounding waters of the Pamlico Sound Starting on Monday, July 25, and running through Labor Day, September 5, CHNS will be offering this program on Mondays and Fridays at 8:30 a.m. Pre-registration is [...] Seashore News |  Full Article

Dare County’s Current TV, in partnership with the Town of Kill Devil Hills, has released a video designed to educate and inform the public about the dangers of digging deep holes on the beach and the risks they pose to public safety. Earlier this year, a joint press conference was held at the Ocean Bay [...] Seashore News |  Full Article

Buxton resident dies after being rescued from the ocean by bystanders

Expanded educational programs begin this weekend, and more National Seashore updates for the week of May 27

Visitors urged to use caution on the beaches between Rodanthe and Salvo, due to debris

Avon Pier opens, and other National Seashore updates for the week of May 5

Visitors urged to check rip current and beach condition forecasts before heading to the beach.