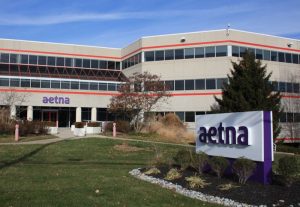 North Carolina’s state employees will have a new health insurance provider beginning in 2025, according to a plan announced Wednesday by State Treasurer Dale Folwell.

Nearly 740,000 teachers, state employees, retirees, current and former lawmakers, state university and community college personnel, and their dependents are covered by the state government-administered plan that has been through Blue Cross Blue Shield of North Carolina for more than four decades.

“Partnering with Aetna, which already employs over 10,000 people in North Carolina, will create a lot of new opportunities for the Plan and the members we serve,” Folwell said in a statement

“A change of this magnitude is a great opportunity for a fresh perspective, and we look forward to working closely with Aetna to create new ways to provide price transparency, increase access and quality while lowering the cost of health care for those who teach, protect and serve, and taxpayers like them,” Folwell said.

Aetna was one of three companies bidding for the contract. Blue Cross Blue Shield of North Carolina and UnitedHealth also submitted proposals.

The contract, awarded by the State Health Plan Board of Trustees, oversees health care spending of more than $17.5 billion over five years, which Folwell said will save the state around $140 million for the duration of the contract.

The three-year initial service period for the contract begins Jan. 1, 2025, and continues through Dec. 31, 2027, with the option to renew for two, one-year terms.

Folwell said nearly 600 Aetna employees were assigned Wednesday to work on the transition with State Health Plan Director Sam Watts for the next two years.

“Aetna will be working diligently, in close collaboration with Plan staff and multiple vendors, to develop comprehensive plans and processes, systems and platforms to ensure members will enjoy a seamless transition when its services roll out,” according to Folwell.

Folwell said plan members will start receiving more information regarding the changes in 2024 prior to Open Enrollment for the 2025 benefit year.

North Carolina Tribune reported the move to Aetna will also mean that the Health Plan will be using an affiliated company, Caremark PCS Health, as its pharmacy benefit manager. Both are owned by CVS Health.

“We appreciate the years of service that Blue Cross NC has given our members. I’ve spoken with Blue Cross President and CEO Tunde Sotunde, M.D., and Board Chair Ned Curran, and they assure me that they will finish strong for the next two years,” Folwell said.

A statement from BCBSNC said the company will pursue a formal appeal, and that it’s “seeking more information through a public records request to ensure the best outcome for North Carolina and all state health plan members.”

“We are deeply disappointed by the state health plan’s decision last month…this is a consequential decision that will impact more than 580,000 State Health Plan members and threatens North Carolina jobs,” according to the statement.

“This change will save $140 million, which is a lot of money,” State Employees Association of N.C. Executive Director Ardis Watkins said. “But bringing true price transparency and savings to what the plan pays out to hospitals is required to achieve the savings the plan needs to survive.”

There are concerns about state employees having access to a comparably large provider network under Aetna, according to N.C. Tribune. The Connecticut-based company doesn’t currently offer plans in all 100 North Carolina counties.

“Our ultimate goal is that our members can continue to see the providers they want, but pay less. We will be working over the next two years to make sure that happens,” Watkins said.