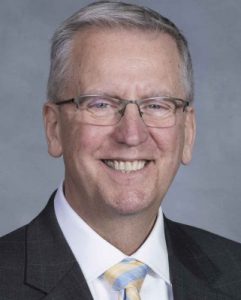 A Dec.15 story from WRAL made national headlines after it reported that Republican State Senator Bob Steinburg, whose district includes Dare, Currituck and Hyde counties, “suggested…that the president might suspend basic liberties to overturn an election that he believes, without evidence, was stolen.” (NC senator OK with suspending civil liberties in wake of Trump’s defeat)

In a Dec. 16 Voice interview, Steinburg said that “I’m not calling for sedition,” but did assert his belief that the election was stolen and that strong measures might be required.

The WRAL article noted that Steinburg “paraphrased on his Facebook page comments that retired Gen. Thomas McInerney made earlier this month on a conservative talk show. Among other things, McInerney suggested President Donald Trump declare a national emergency, invoke the Insurrection Act and suspend habeas corpus…Steinburg told WRAL News…that he wasn’t endorsing the idea, just ‘putting out there options that others say still remain on the table,’ though he later said he’d be on board with it.”

“Steinburg also made it clear he believes the recent presidential election was stolen,” the story continued, “and that Trump is the victim of a conspiracy to which multiple countries, the media, U.S. government agencies, officials and judges are either a part or turning a blind eye.”

In his interview with Voice, Steinburg acknowledged that he had posted McInerney’s comments, adding that he would consider “options” such as suspending civil liberties “if there is evidence of foreign interference with this election…That’s the key.”

Asked if he believed such interference occurred, Steinburg responded that “I’m hearing things from people” and from pro-Trump outlets such as the Epoch Times and Newsmax, to suggest it is true. Despite the fact that no evidence of widespread voter fraud has emerged — as well as the dozens of court rulings rejecting such claims by Trump and his allies — Steinburg described a series of what he viewed as election irregularities to bolster doubts about the results.

And Steinburg has allied himself with those Republicans who are not yet recognizing a Biden victory, even after the Electoral College ratified it on Dec. 14.

“Absolutely not,” he said, in response to a question about whether he considered Biden to be President elect. “Not by a long shot. He won’t be the president until he’s sworn in on the 20th.”

A former NC House member, Steinburg was elected to the District 1 NC Senate seat vacated by the retiring Bill Cook in 2018. This year, he was re-elected after defeating Democratic challenger Tess Judge by about 10 percentage points.