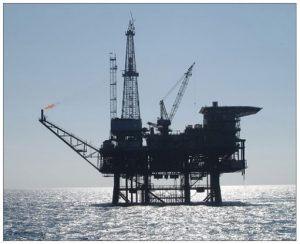 Citing impacts from the Exxon Valdez oil spill in 1989 and the Deepwater Horizon oil spill in 2010, the resolution states there are inherent risks to the region from offshore oil and natural gas exploration and drilling that have the potential to irrevocably harm North Carolina’s natural environment, economic wellbeing and overall quality of life.

CRC Chair Renee Cahoon noted that the states of Florida and South Carolina have come out against offshore oil and gas exploration and drilling, as has Governor Roy Cooper and most coastal cities and towns in North Carolina.

“The time is right to take a stand, and I think we need to be united in North Carolina at this time.” Cahoon said. “We need to be leaders in this too.”

“I applaud the commission and support their commitment to protect our coastal communities from the environmental and economic risks of offshore drilling and seismic testing.  I look forward to working with them on this vitally important issue,” said DEQ Secretary Michael S.  Regan, who addressed the CRC on this issue earlier in the day.

Read the full text of the resolution online https://deq.nc.gov/CRCresolution04182019