A group of business leaders representing interests up and down the East Coast, including chambers of commerce, restaurant associations, commercial fishing groups and real estate organizations, are urging President Obama to use a provision of federal law to try and permanently block seismic surveying for oil and natural gas off the Atlantic coast.

Tom Kies, president of the Carteret County Chamber of Commerce in Morehead City, was part of a delegation from the newly formed Business Alliance for Protecting the Atlantic Coast that met Monday with federal officials in Washington. The group, which also included representatives of the Outer Banks Chamber of Commerce, hopes to get the president to use his executive powers before leaving office to “withdraw from disposition” any parts of the Atlantic outer continental shelf not already leased for oil or gas drilling. The move, according to the group, would create a permanent ban on offshore drilling that cannot be rescinded.

The alliance says seismic testing and any subsequent drilling, could put fishing, tourism and recreation economies at risk. The businesses oppose seismic testing and the industrialization that would come with offshore drilling. The meetings in Washington were productive, Kies said.

“We had our stuff together,” Kies said Tuesday. “We had facts, we had figures.”

The new group says more than 12,000 businesses and 400,000 commercial fishing families are represented in a letter to the president calling on him not to proceed with allowing seismic exploration. The letter asks the Obama administration to deny all current seismic air gun testing permits for oil and gas in the Atlantic.

“President Obama needs to finish the job protecting coastal economies and use his authority to permanently protect the Atlantic Coast,” the group said Monday.

Along with Kies, the group that met with the Department of Interior and the White House Council on Environmental Quality included:

The alliance says it is dedicated to protecting the long-term health and economic vitality of the Atlantic seaboard through the responsible stewardship of the coastal and ocean waters.  The group contends that seismic testing is a dangerous process that creates one of the loudest manmade noises in the oceans. Those blasts threaten the ocean ecosystem, on which nearly 1.4 million jobs on the East Coast rely – jobs that create more than $95 billion in gross domestic product, mainly through fishing, tourism and recreation, according to the group.

The Obama administration earlier this year reversed its previous decision to allow offshore drilling in the Atlantic. Coastal advocates worry the Trump administration, once in office, could restart the process and add the Atlantic back to the next five-year plan.

The nine alliance representatives were joined by three representatives of Oceana, an international organization focused on oceans. Oceana has also been working to prevent the expansion of U.S. offshore drilling.

“We were with the environmental group Oceana, who helped set up the appointments. They said that it had gone as well as any other lobbying they’d ever seen,” Kies said.

Frank Knapp, of the South Carolina Small Business Chamber of Commerce, said the groups held three meetings in Washington: one with Interior Department and Bureau of Ocean Energy Management, or BOEM, officials, another with the White House Council on Environmental Quality and one with Commerce Department officials.

“There’s a provision of the law that appears to give the president authority to make a declaration that there will never be in the future any seismic testing or drilling off the Atlantic coast,” Knapp said Wednesday.

The groups want Obama to use Section 12(a) of the 1953 Outer Continental Shelf Act to permanently protect much of the Atlantic  from future drilling. The provision, which grants presidential authority to remove unleased lands of the outer continental shelf from consideration, has been used in the past, including in 2014 to protect Bristol Bay, Alaska, and in 2015 to protect parts of the Arctic Ocean.

Knapp said the tactic had been questioned, but the presidential authority had never been challenged. It’s the best option available, he said.

“Take advantage of it and let the courts decide, that’s what we’re asking for,” Knapp said. “If we don’t do it, chances are pretty good we’re going to see some seismic testing killing animals and scaring tourists away. Even if there is some skepticism that we can’t do this, he (Obama) should do this and let the challengers take it to court. There’s no provision to rescind in this statute and that’s the key.”

There’s a new urgency, activists say, with the election of Donald Trump as president.

Some environmentalists say the move could backfire, prompting Republicans to repeal the provision so it can’t be used in the future.

The American Petroleum Institute, a national trade association that represents the country’s oil and natural gas industry, says the risks of seismic exploration to marine life have been overstated. API says seismic operators go to great lengths to prevent potential effects on marine life. Steps include monitoring animal movement and behavior patterns prior to exploration with areas of concern closed to seismic surveys. The surveying process begins with a “soft-start” where the intensity of the sound is gradually increased to full operational levels to allow animals that may be sensitive to the noise to leave the area.

“If visual observers or acoustic monitoring devices detect sensitive marine life in the vicinity at any time during the survey, then all operations stop immediately and are restarted only when the area is clear,” according to API.

API says advancements in seismic technology have helped find, drill and produce oil and natural gas with the least possible risks to the environment.

But any new East Coast drilling would bring greater risks to the environment, Knapp said.

“Every drilling procedure leaks,” Knapp said. “This is the most important decision that will ever be made about the Atlantic coast. Once seismic is allowed, drilling will be next. There’s no going back. Either preserve the economy we all love or we’re going to become the Gulf Coast with wells that leak and fish that die. That’s how important this decision is.”

(This article is provided by Coastal Review Online, an online news service covering North Carolina’s coast. For more news, features, and information about the coast, go to www.coastalreview.org.) 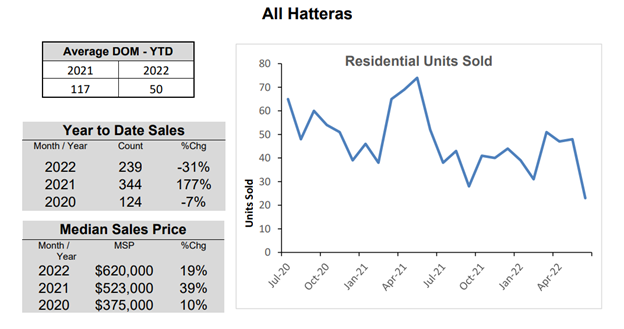