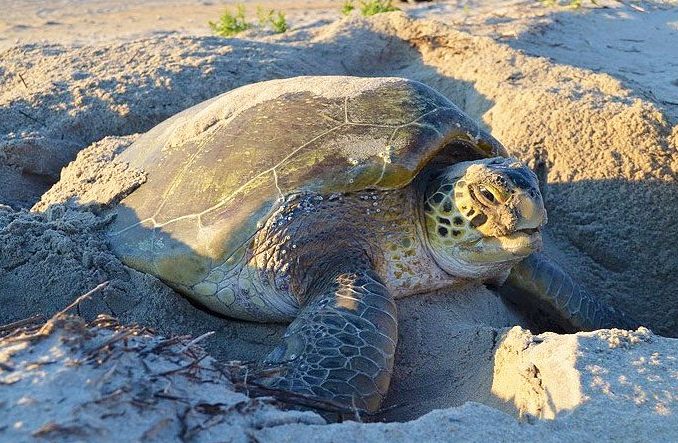 The North Carolina General Assembly began their 2019 long session on January 9, and over the course of a month, the 170 members of the two chambers have already considered hundreds of bills. From a bill that would allow teachers to carry firearms and serve as resource officers, to a bill that would designate ice cream as the official frozen treat of North Carolina, the subject matter of each initiative has resulted in plenty of debate.

There are a number of upcoming bills that are slowly making their way through the legislative process which could affect residents of Hatteras and Ocracoke islands, but let’s start sifting through the piles of online paperwork by taking a closer look at two bills in particular – House Bill 157 and House Bill 169.

This bill, which was introduced by Alexander and Wilkes County Rep. Jeffrey Elmore on February 25, will require cyclists over the age of 16 to register their bike(s) with the North Carolina Department of Motor Vehicles (DMV) and pay an annual registration fee of $10.

In addition, the bill states that “The [DMV] shall issue a registration card and registration plate suitably sized for a bicycle to be attached to the rear of the bicycle” and “Any person who violates this section shall be guilty of an infraction punishable by a fine of not more than twenty-five dollars ($25.00).”

Considering that a trip to a physical DMV isn’t very convenient for islanders, as well as the influx of bicycles in the summer months via waves of visitors, this measure has many local residents concerned.

After all, many villages on the island already have, or are in the process of installing, multi-use paths and walkways, and exploring the Outer Banks by bicycle is one of the many draws for tourists.

The bill passed its first reading in the House on February 26, and was referred to the Committee on Transportation, where it’s currently being reviewed.

For one thing, the bill has already generated waves of media attention and blowback from tourism groups, cycling groups, business owners, and everyday N.C. residents who don’t want to jump through hoops to enjoy a bike ride.

For another, critics say that implementing the actual bill could cost more than what the registration fees would bring in. Multiple stakeholders have pointed out that the DMV would essentially have to institute a new mechanism for licensing bicycles that could be costly, so there would not be a straightforward return on fees, which would be earmarked for NCDOT bike-related projects like bicycle lanes, signage, safety education, and bicycle helmet grants for minors – (admittedly, all good things.)

House Bill 157 has a number of hurdles to clear before it’s even up for a vote, and Rep. Bobby Hanig, who represents Currituck, Dare, Hyde, and Pamlico counties, told the Island Fee Press in an email that “I am not for the bicycle permit.” (And he’s one of many Representatives who feel the same way.)

As such, the chances of House Bill 157 becoming law do not look favorable on the surface, but it’s worth watching all the same.

You can monitor the progression of House Bill 157 here.

Now on to some happier legislation! House Bill 169 was also filed on February 25, and is an initiative to make the loggerhead turtle the official State Saltwater Reptile of North Carolina.

The bill was primarily sponsored by Rep. Frank Iler of Brunswick County, Rep. Carson Smith of Columbus and Pender counties, and Rep. Pat McElraft of Carteret and Jones counties, as well as 13 other Representatives, (including Bobby Hanig.)

A designated “State Saltwater Reptile” may seem a little out there – and a little specific – at first, but North Carolina wouldn’t be the only state to adopt such a resolution. The loggerhead turtle is currently Florida’s state saltwater reptile, as well as South Carolina’s broader “state reptile,” and the passing of the bill could draw a little extra attention to Hatteras and Ocracoke islands.

“I have always been interested in the plight of the loggerhead turtle,” Rep. Pat McElraft told the Island Free Press. “Emerald Isle, where I live, is a sea turtle sanctuary, and we have dozens of nests every year. Our tourists love to see the baby turtles hatch and the effort [of] the dedicated turtle nest volunteers put in to making sure the little ones make it out to the ocean.”

“When Representative Iler asked me to join as a primary sponsor on the bill, I didn’t hesitate.”

Per searturtle.org, there were 155 loggerhead nests in 2018 alone within the Cape Hatteras National Seashore, and in recent years, visitors and residents alike have increasingly shown interest in monitoring and watching these nests hatch in the summer and fall months.

Besides, North Carolina already has a state shell (scotch bonnet), a state bird (cardinal), a state saltwater fish (channel bass), a state Christmas Tree (Fraser Fir), a state carnivorous plant, (Venus flytrap), and even a state marsupial (the good ol’ opossum.) So what’s wrong with adding a State Saltwater Reptile to the list of dozens of designations?

It’s hard to see why anyone would challenge this bill, so there’s a fairly good chance it will come to fruition.

“We also filed a bill H39 that makes the Osprey the official state raptor,” said Rep. McElraft. “The Coastal Representatives are having fun sharing some of our coastal treasures with Legislators from other parts of the state.”

You can monitor the progression of House Bill 169 here.

Obviously, this is a miniscule sample of the wave of bills that could affect islanders, and the Island Free Press will continue to monitor and share these developments as the long session progresses.

In the meantime, residents can keep tabs on all outstanding bills via the North Carolina General Assembly’s website at https://www.ncleg.gov/BillLookUp/2019/ via bill number, session, and even keyword or bill text, (which is arguably the most helpful search filter.)

So stay turned as we continue to watch the progression of these and dozens of other bills that could have an impact close to home.

Wet and rainy weather is expected across the Outer Banks area through early Thursday, and a coastal storm bringing strong winds and possible coastal flooding is also forecast for Wednesday night and Thursday, per a recent update from the National Weather Service Newport / Morehead City Office. There is increasing confidence that an area of [...] Local News |  Full Article

As the weather gets colder and the COVID-19 pandemic continues to limit activities, families with young children may feel like their options are limited when it comes to outdoor fun. To help combat those winter blues, Children & Youth Partnership (CYP) for Dare County has updated the StoryWalk® at the Marshall and Gussie Collins Walkway [...] Community News Brief |  Full Article

Dare County teachers and staff in the public schools and at College of The Albemarle, along with members of local law enforcement and first responder agencies, began getting their first of two COVID-19 vaccinations at a clinic on Saturday at First Flight High School. According to Dare County Schools Superintendent John Farrlley, Vidant Health provided 1,100 [...] Local News |  Full Article

The North Carolina Coastal Federation’s northeast office is looking for extra hands from 9-11:30 a.m. Feb. 6 to help with debris cleanups of estuarine shoreline and roadsides. There will be cleanups in Wanchese, Nags Head and Rodanthe. Trash bags, gloves and other cleanup materials will be provided. Participants will be required to wear a mask [...] Community News Brief |  Full Article

Dare County announced 13 new positive COVID-19 test results on Sunday, January 24, bringing the total number of cases in the county since the pandemic began to 2,432. With Sunday’s new cases, the current number of active cases in the county is now 213. The 13 additional cases consist of 9 residents and 4 non-residents, and [...] Local News |  Full Article

Details about a comprehensive proposal laying out numerous options for disposal of dredge material occupied much of Wednesday’s meeting of the Dare County Waterways Commission, indicating that finding somewhere to put excess sand may be as challenging as finding ways to keep it from washing away. In a lengthy slide presentation on the proposed Dare [...] Local News |  Full Article

Hatteras and Ocracoke islanders are unfortunately used to emergency situations. We’re used to seeing empty grocery store shelves, adjusting to business closures, and essentially dealing with a landscape where everyone is hunkering down at home, waiting for an approaching storm. We’re used to shutting off access to our islands before or after a catastrophic event, [...] Editor's Blog |  Full Article