There’s another potential headache looming for North Carolina residents who live in flood zones, and it has nothing to do with the recent changes in the federal law that are spiking rates in flood insurance.

And that’s in addition to substantial spikes in flood insurance costs established in the 2012 Waters-Biggert Flood Insurance Reform Act . The federal law is intended to remove most subsidies provided in the overstretched program managed by the Federal Emergency Management Agency. Legislation that was introduced to delay the most severe increases is not expected to make any progress in Congress this year.

But the impact of recent building code changes and proposed changes is a different animal with a similar bite.

In unincorporated Dare County, for instance, the expiration this month of the state building code that required structures to be an additional one foot above the minimal base flood elevation – known in building terminology as freeboard — will result in a loss of 200 points toward a discounted rate in the CRS.

Without the freeboard regulation in place, along with other deficiencies, the county is at risk of losing a total of 500 points when its CRS is recalculated in 2015, said Donna Creef, county planning director.

The rating system, a voluntary nationwide program, awards points to communities for certain activities that help prevent flood damages. In turn, a discount, ranging from 5 percent to 25 percent, is provided to its residents who purchase flood insurance policies.

Dare is currently ranked at Class 8, which qualifies the county for a 10 percent discount. It would fall to Class 9, a 5 percent discount, if the 500 points are not made up, Creef said.

Out of North Carolina’s 570 eligible communities – that is, those that are covered by the National Flood Insurance Program – only 82 participate in the CRS, said John Gerber, state NFIP coordinator.

“We’d like to see more communities getting involved in the CRS, especially with the impact the Biggert-Waters Act is having,” he said.

Savings per policy can range from less than $20 a year to nearly $300 annually.

In Dare, a total of $665,253 is saved every year, topped statewide only by the town of Nags Head, which is ranked Class 6 and receives a 20 percent discount with a total annual savings of $675,394.

To address the immediate impact created by the freeboard expiration, Creef said, the county is exploring amending its flood ordinance to include the freeboard provision.  The county is also studying ways to gain more CRS points to qualify for a Class 7 rank, which would provide a 15 percent discount in flood insurance rates for its residents.

Meanwhile, the N.C. Building Code Council recently considered a proposal to adopt new international building codes every six years, rather than the current three-year cycle. The N.C. General Assembly in a bill passed has already extended the amount of time between revisions of state building codes for residential construction, from three years to six years. The building code for commercial projects still would be updated every three years.

Typically, states follow the practice of the International Code Council , which updates national model codes every three years to reflect the latest construction methods and technologies.

If the change were made in the code cycle, costs for flood insurance coverage would increase in 14 communities in the state, Gerber said.

At a meeting on Dec. 10 of the N.C. Building Code Council, most comments at a public hearing were opposed to going to the six-year cycle. The matter was tabled for a vote at the March meeting.

In its 2013 assessment of 18 hurricane-prone states’ building codes and enforcement systems, the Insurance Institute for Business & Home Safety , a group representing insurance providers that promotes strengthening construction in hazardous areas, faulted North Carolina for taking negative action in its building regulations –the only state in the report besides Louisiana to do so.

North Carolina suffered significant storm damage from extraordinary flooding in 2011 in Hurricane Irene, but the last two years have been quiet.

“First of all, if you don’t have hurricanes,” said Si Farvardin, manager of codes and standards for IBHS, “you forget what the damage can be.”

Farvadin said that it is important to have the most up-to-date codes in effect to ensure public safety.

“The code is a living document,” he said. “You see the improvement over the years in the reduction of losses.”

According to the institute, statewide building codes ensure consistent standards –and consequently, uniform protections -for new construction across the state.

The institute’s report was also critical of a change in North Carolina’s building code approved in March that characterized as weakening the technical standing related to bracings in structures. It also expressed concerns about changes that eliminates permanent anchors that provide windborne debris protection and broadens relevant wind speed standards and one made by the legislature that limits the number of building inspections local governments can require.

But Duke Geraghty, a member of the Outer Banks Home Builders Association and owner of Starco Realty & Construction , said that the reason the building industry has pushed for some changes in the code, including the removal of the freeboard regulation–which he had asked for – is that the stricter provisions are excessive, costly or premature.

There’s no way to build a completely hurricane-proof structure, Geraghty said, however, flooding has not been an issue with newer construction. But hyperbole, he said, makes everything sound worse.

“So far,” he said sardonically, “there’s already been three storms of the century.”

Geraghty said that until the new FEMA flood maps are released next year, it makes no sense to implement regulations based on information that could change significantly.

With the freeboard rules the way they were, he said, builders had struggled to elevate things like water heaters and heat pump stands to meet the standard, at times having to put them on interior floors. But he said that only Hatteras and Stumpy Point in Dare have had issues with flood damages below base flood elevation.

“It’s restricting, and I don’t see any reason for that,” Geraghty said.

Groups like the IBHS, he said, “don’t know anything about building” and seem more interested in changing the codes just for change sake.

“There is nothing wrong with our building code,” he said. “Everything holds up.”

( This story is provided courtesy of Coastal Review Online, the coastal news and features service of the N.C. Coastal Federation. You can read other stories about the North Carolina coast at www.nccoast.org .) 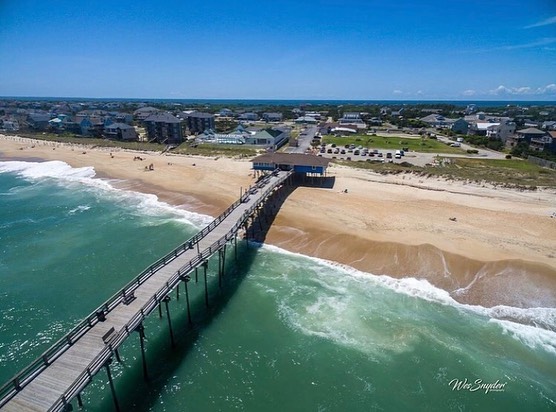 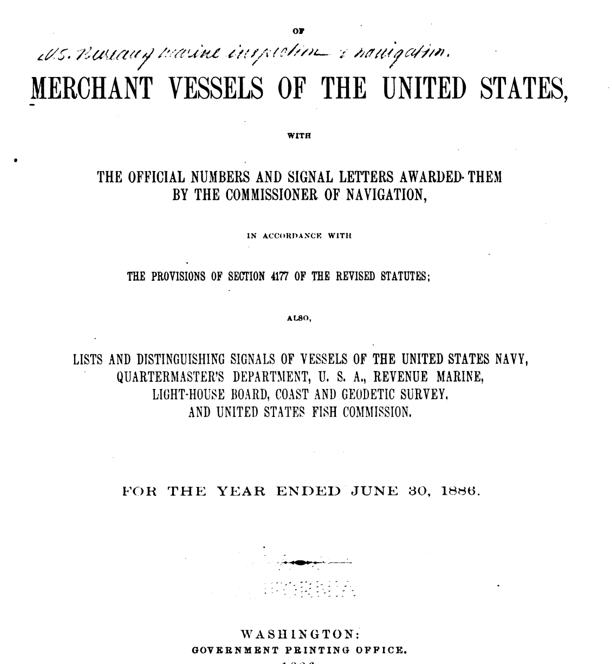 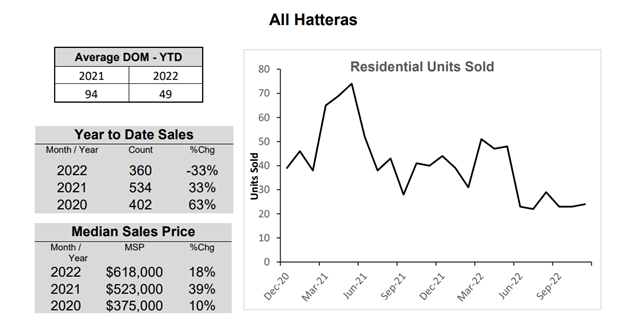 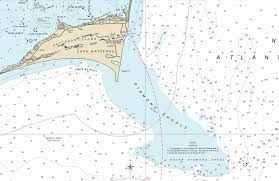 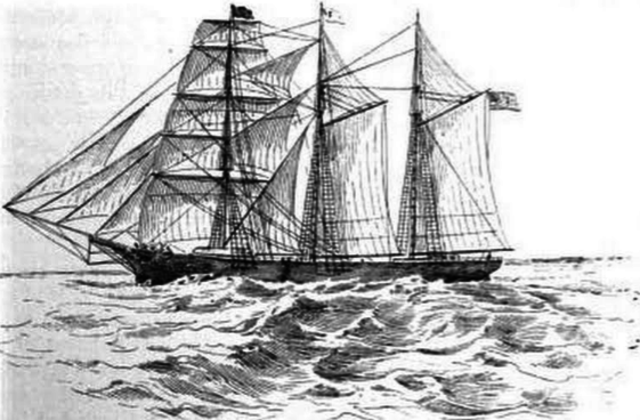 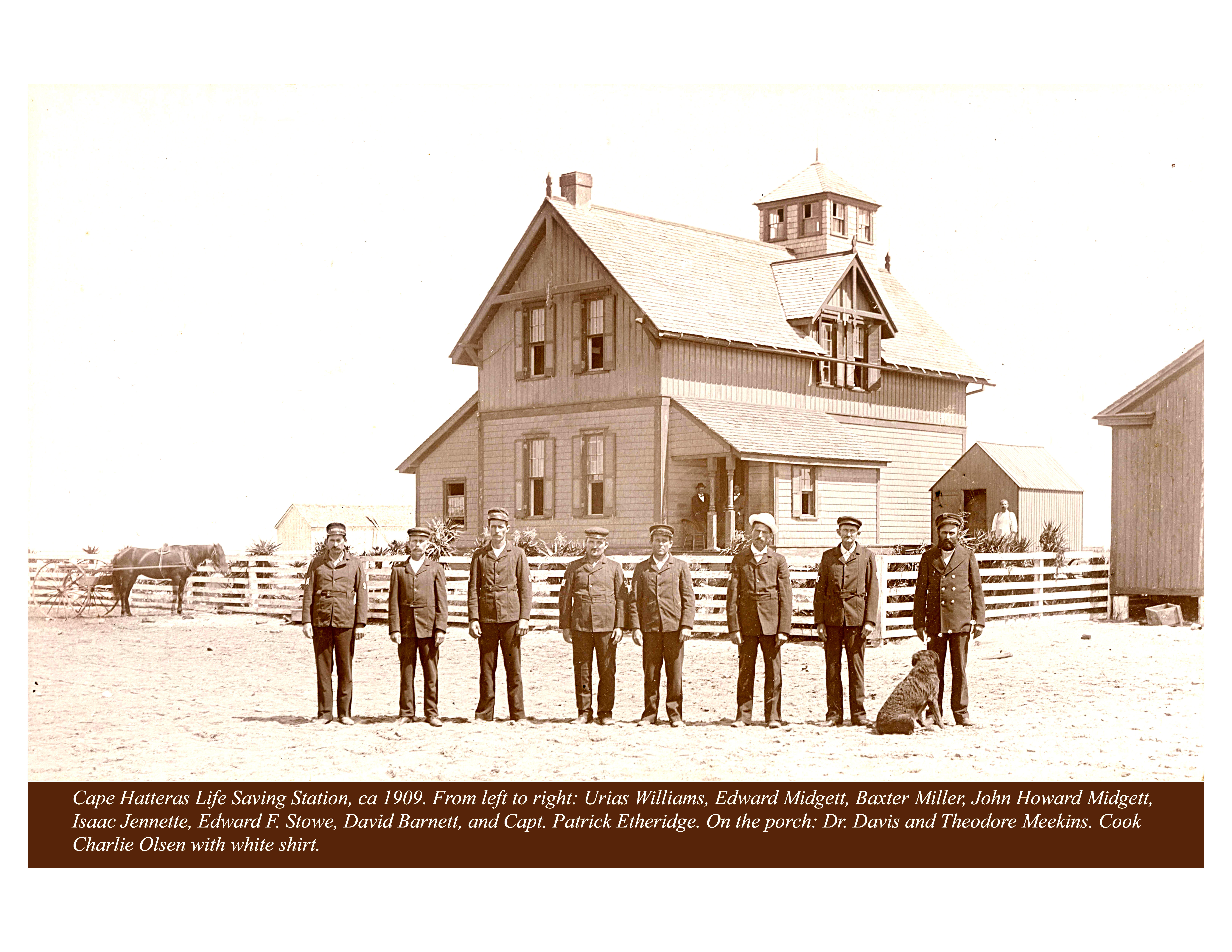 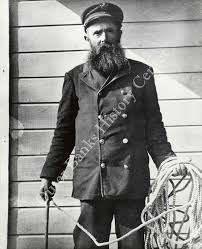 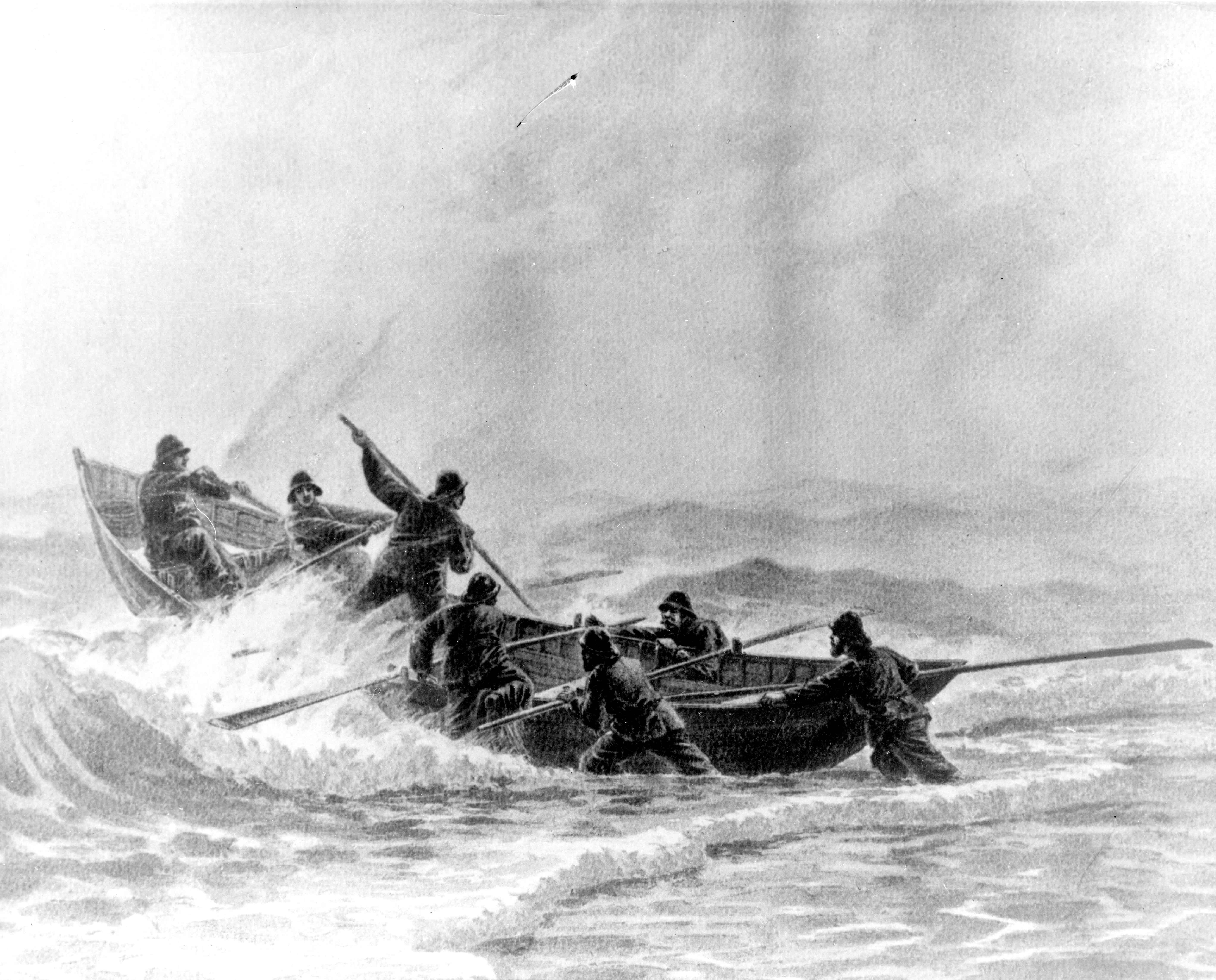 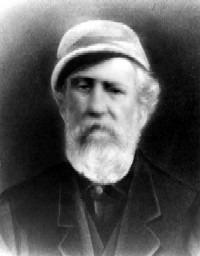 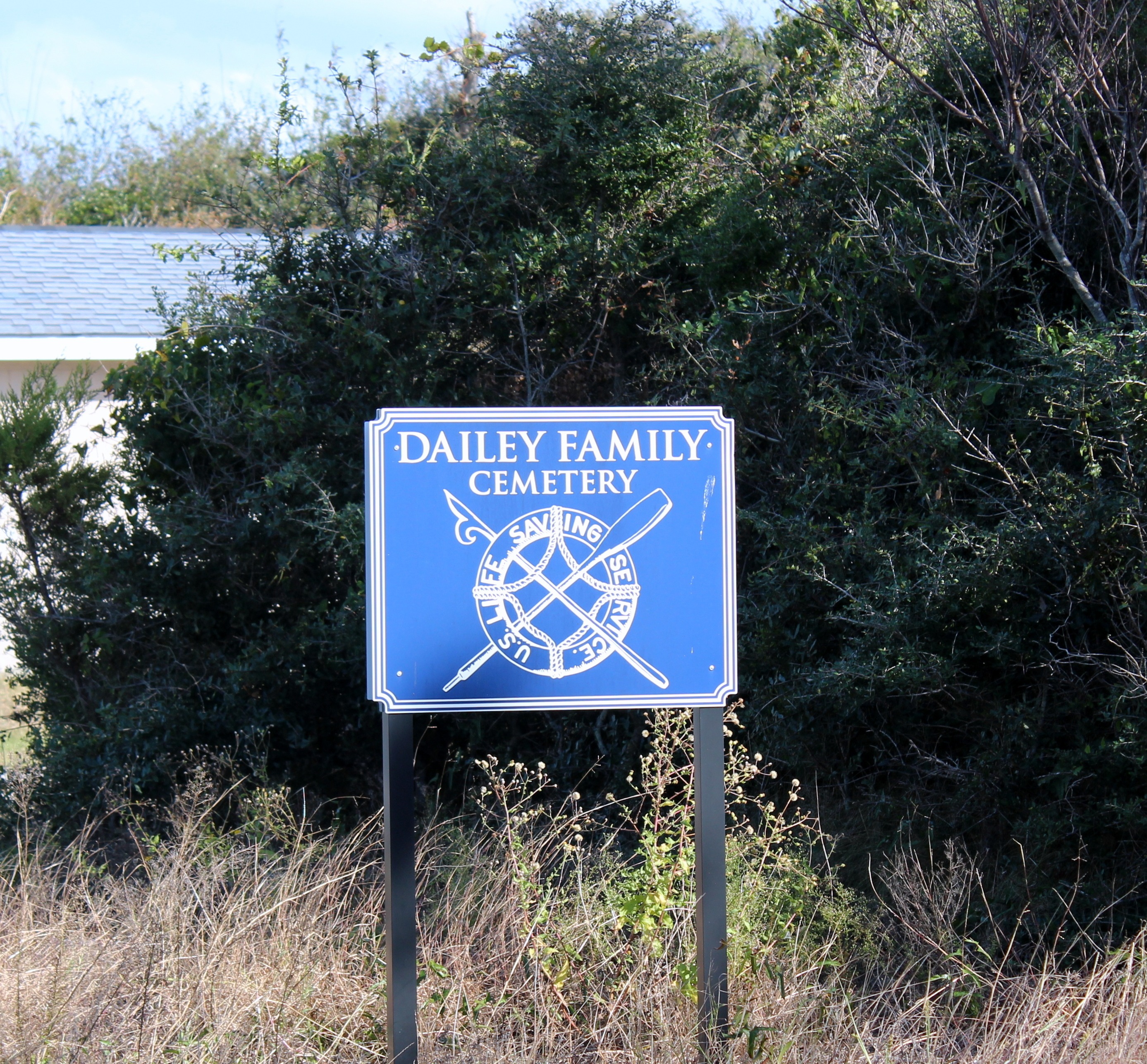